Interview with Alex Casnoff from Harriet 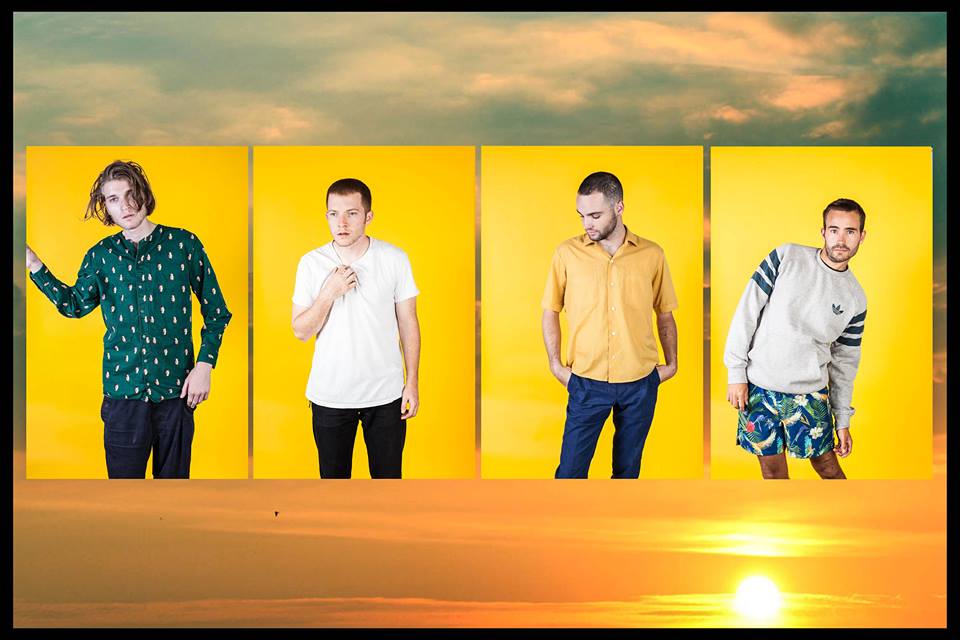 Alex Casnoff is unashamed: He loves baths. The recent and oft infrequent appearance of rainfall in Los Angeles makes him think of settling into the tub, bubbles optional. It’s an interesting desire to be incited by weather patterns.

“The only problem is, all [the rain] makes me want to do is take baths, Casnoff said. “All I want to do is use the water that we’re getting.”

Casnoff’s life is full of intriguing pairings. He fronts a band named after his grandmother, Harriet. He likes being in control yet acts reactively. He sets his car clocks six minutes slow to combat the crippling stress that comes with being late.

“I think it’s very important and it’s a good thing for everybody to do,” Casnoff joked. “I tried it the other way, the way most people do it, and it just stressed me out. I’d rather be late and calm than on time and stressed out.”

Casnoff keeps the stress levels to a minimum even in the days leading up to the release of Harriet’s debut American Appetite, out January 29. An album three years in the making, Harriet blend traditional, acoustic instrumentation with modern electronic elements bringing elegant singer-songwriter tracks into New Wave territory. From piano-driven indie-pop power ballads like the corporate America-inspired title track to the wildly ecstatic, synthy and lusty “Irish Margaritas,” American Appetite contains both swells of digital and walls of modern rock and roll.

Having spent time playing keys for Dawes and Papa, Casnoff now moves to the front lines with Harriet, proudly displaying three years’ worth of material—and remaining transparent with the entire process through their BitTorrent bundle, “,” detailing the extensive editing, demoing and mind changing that goes into writing a first album.

American Appetite is wrought with grand romance. It took a lot of work to get it that way. Below, Casnoff shares what went into writing, editing and releasing a debut.

Northern Transmissions: What made you choose American Appetite for the title of the album and a track name?

Alex Casnoff: That song, I watched a documentary about the Enron scandal—The Smartest Guys in The Room—and it really pissed me off. I sort of became obsessed with it. It was sort of exploring online and reading about it and watching it again and watching clips from the trial and I sort of wanted to explore Jeff Skilling, the CEO’s head and his thought process. It’s actually impossible to get inside of somebody’s head, but it was the personal that interested me more than the political because it was really interesting to think about what made him think he could do those things and what made him believe that he was right.

NT: Do you think money messes with people where they do things they maybe normally wouldn’t?

NT: Is that something you were out to capture with the record?

AC: In certain songs. Not all the songs are about corporate scandal. I think I’m a control freak. I think more than anything political it’s getting inside my head, understanding my head, getting inside other people’s heads, trying to understand how perspective and bad decisions are made.

NT: Did you walk away from this experience with any more insight into what fuels your own desires?

AC: I think that I’m a very reactive person and definitely I feel things intensely. I can go into very one-sided responses to things and [I’m] also a self-proclaimed hyperbolist—I sort of only think in extremes—which kind of bothers me sometimes, but I still support because I think the middle ground’s kind of boring.

NT: That’s kind of how I am too—a very black and white thinker and the gray area is boring.

AC: Yeah, although I think the truth usually lies in the gray area.

NT: So would you say you’re cerebral with your songwriting?

AC: No, I would say the opposite. I think it’s very sort of… stupid. It’s not intellectual, it’s animal responses. I think there’s two parts to the process: there’s the reaction and there’s feeling that inspires me to want to write a song. I think the first draft is usually very subconscious but the first draft is never that good. I think the cerebral side to it is the rewriting side. Some of these songs took more than a year because they had ten different versions. So I think there are both sides.

NT: Is that process what went into that BitTorrent bundle “”?

AC: I think that’s what it was about. I think it was sort of a mini, non-video documentary or recounting of what our album took to make. We changed the title, we changed the album cover many times, we took songs out that we liked, but part of this process is the ability to kill your babies and even things that you like to be okay losing. Along that process is the only way we were able to make the decision that, “At this point, this is going to be the title.” We never thought that we were going to change it, that was everything at that point. And at each point we thought we were doing the best thing we could do.

NT: And that editing process is so hard.

AC: Yeah, I think that part of the album taking so long to make afforded the luxury to really let things seep. But you know, also taking time and changing your mind can dilute the process. There’s a balance.

NT: Going into the release, is there a pressure because it’s the first album or does it feel like more of a freedom?

AC: I think it’s both. We’ve been putting out music fairly consistently for the last couple years. I don’t know what it’s like to put out a first album—I’ve never done it before. I think I don’t really try to think about that side of things too much. If I did, it probably would be very scary. I’m just trying to focus on writing new stuff and making videos, just being creative.

NT: Your videos have gotten some note for being pretty creative. Are they all under your direction?

AC: They’re all different. I have directed and edited a couple of them, made a couple with friends, one of my best friends Ethan has directed a couple of them, my brother and his friend directed one of them. I always like to be involved because I’ve always wanted to make movies and that’s the way I get to make movies. I’m definitely always very involved but it’s always a collaborative process. Sometimes other people are more in control, but like I said, I’m a control freak. I like to be involved.