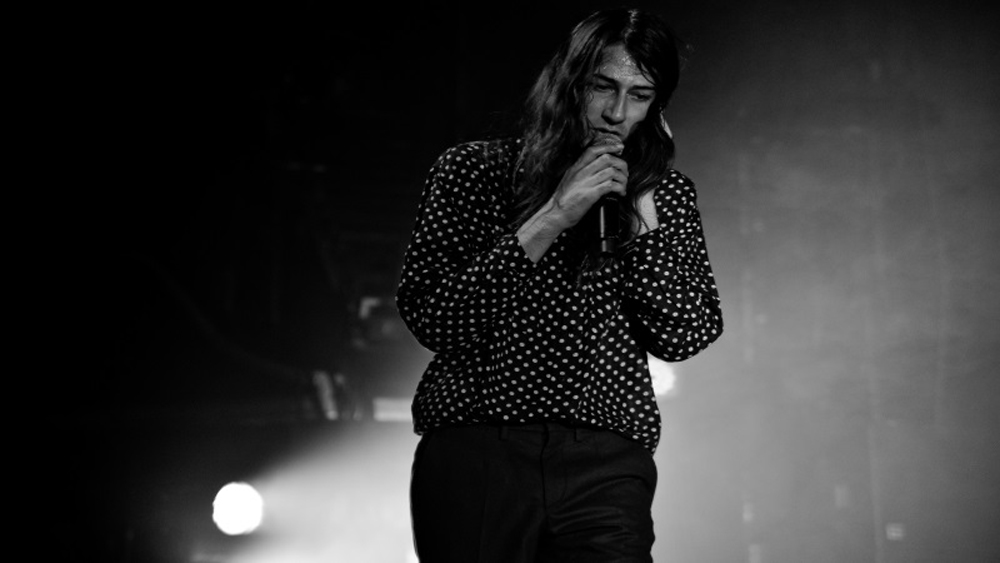 Adam Bainbridge makes music under the name Kindness, and that moniker is no misnomer. Talking with him as he is about to embark on a Stateside tour, he is a funny, friendly, and easy to talk to person, who is filled with great anecdotes and candor. His latest album Otherness reflects a lifetime of pop music appreciation, and it scans all over the map in the field of great production, smooth dance grooves and lush vocals. In our Skype interview, he and I talk about his writing process, the craft of music videos, and how you don’t have to be a dancer to really dance it up.

NT: Is there any part of this tour that you’re especially excited to go to?

AB: I’m gexcited to become a genuinely tight, rehearsed live band. Because we don’t have the chance to rehearse very much. Two of the musicians are from the States. The rest of the four us are from around Europe, so we’ve done just enough to get by, and I guess 20 days of touring through America, we should be pretty good by the end of it. Sorry, L.A.!

NT: How did everyone become part of the Kindness crew?

AB: The singers I met in London while I was trying to put the band together around the time of the first album. Chris Egan, the drummer, drums for Blood Orange, so last year I was doing a few sporadic shows where our drummer dropped out, because he joined Damon Albarn’s band, and since we played so much with Blood Orange, we figured, “Why don’t we use the same drummer! We can save on hotels and flights. You know, pay one set of wages!” Two sets of wages but one hotel, but anyway, we joined forces and Brendan I’m borrowing from Solange. I’m sure she’s going to ask for him back pretty soon. And then Jodie is a phenomenal bass player from London and is just killing it right now.

NT: Are you the type of person who is always making stuff or do you set aside time to make a record?

AB: I remember talking with Owen Pallett about this before, because I had a phase with the software aspect of making music. I first got Ableton in the early 2000s. And like any of these platforms now, it takes a few years to come to grips with it. To instinctively do the thing you have in your head, and during that time I guess I was using it to make music every day, and making a lot of nonsense. So I asked [Owen], “Yeah, do you work on music every day?” And he said, “I don’t listen to music every day.” Sometimes it’s such an intense thing to be a part of it in the grand musical scheme of things. Sometimes you just step back, especially if it’s going to enhance your appreciation for it. I guess I’m the reverse. I listen to music non-stop. I love being inspired by stuff on a regular basis, but I only have these concentrated periods now making it because I think it requires a lot of focus and a different kind of energy to engaging with it as a listener.

NT: Switching gears here, you are a really good dancer, in a time where non-mainstream songwriters aren’t really known to incorporate that into their craft. Are you trained, or is this just a natural talent?

AB: Hell no! And it’s still embarrassing, because I started to feel slightly good about dancing, and we do it a lot, and I enjoy it, and sometimes people like yourself are kind enough to compliment me on it. And then I’ll go to something like a Yoga or Pilates class or something and they’ll say, “I can tell you’ve never danced in your life. You have the flexibility of a coalminer. Look at these ankles, these hamstrings, the flat feet.” And I’m like, “I dance three or four times a week!” So yeah. It’s not through natural design, just pure desire to express… I don’t know, something.  It helps to get into this music. A lot of what I listen to is based on some kind of propulsion. Music that people dance or maybe even slow dance to. I used to have a slow dance party with a DJ partner. There’s a whole bunch of different sides to movement with music. I guess I don’t listen to too much apart from modern classical that you couldn’t dance to.

NT: That’s interesting that you hosted a slow dance party because I’m going to be DJing one of my own in a few weeks.

AB: Well I can throw some beef in here if you want. Me and this other DJ called Brooke Vermillion, used to do the slow dance party in Berlin, and it was for 10 people. It was a party that only 10 of our friends came to. The whole thing was that Brooke has this encyclopedic knowledge of every pop hit, and a lot of the Disney songs as well, and people would dance to it and sing. We left Berlin, and we heard through the grapevine that Erlend Øye from Kings of Convenience had stolen our idea and was doing the same party with the same karaoke aspect! The next time I saw him in Berlin, I was like, “You’re dead to me. Don’t think you can get away with this so easily.”

NT: That’s hilarious. I wonder if my own will get ripped off now. In the “Who Do You Love?” video, these are all friends of you and Robyn. How did you shoot it, did you fly people out?

AB: We did one half in London for a couple days and then flew out to Stockholm and finished the shoot there. I was in Japan during the first part of shooting, but I flew back into Stockholm to be in the video to see this Swedish crew. Because actually some of the Swedish crew are family of mine, my Swedish cousins are in the video. I think it’s even more affecting for me, because I couldn’t be there in London and to see everyone’s faces, and to see what the crew got with them, I mean not being ready with the surprise of it. It was pretty overwhelming as a video.

NT: Would you say that you are a music video fan?

AB: I’m definitely a fan. Someone was reminiscing when they first discovered YouTube, and that did kind of change the game. There was this moment where I was starting Kindness, and prior to that, if you wanted to track down video, you would find on file sharing if you were lucky, and then there was that thing called eDonkey. It was an even more underground BitTorrent, and you could find music videos for songs you didn’t realize had music videos. The files were huge and the Internet was slow, and you had to be pretty fucking dedicated to be looking for these things, but I was. To me, it’s a whole side of the craft where they’d make these pop songs and elaborate, insane pieces of visual art to go with them. Back in the day, you could have an original idea for a music video that had never been done before, but now we’ve gotten to a point where we’re struggling to find completely original ideas.

NT: Do you have any all-time favorites?

AB: There’s a video for “Inside Out” by Odyssey, that is a bunch of people diving in slow motion into dry ice. That’s an incredible video. The video for “Nouveau Western” by MC Solaar, which is the consummate 1990s cheesy edits video, but it’s fucking awesome. Obviously the backwards Pharcyde video [“Drop”].  And what’s been killing it in the modern era? I like ones with choreography where you can tell someone put the work in. I think the “Single Ladies” video.

NT: Well that’s of course, one of the greatest videos of all time.

AB: And the Chairlift video where Caroline [Polachek] apparently was doing classes for two weeks solid, I mean you can tell.

NT: Right, the “Amanaemonesia” video. Lastly, what five records are you really into right now, that will be soundtracking your tour?

AB: I was talking to someone about how we have too much music the other day. So I stripped whatever’s on my phone to five records.

AB: The new Björk album. The new D’Angelo record. The new Jazmine Sullivan record. A record by a Philly-based rapper called Tunji Ige, and The Gap Band – The Gap Band.