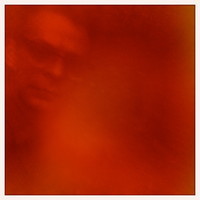 EmptyMansions‘ founder/primary songwriter, Sam Fogarino (Interpol) wrote most of the songs for his debut, snakes/vultures/sulfate while on tour promoting Interpol’s fourth and self-titled album, from mid 2009 to late 2011. Lyrically, the songs are the result of, Sam, reading much postmodern fiction by writers such as Hubert Selby Jr (“Sulfate”); discovering an appreciation for aerial dance and a fascination with outer-space (“Lyra”); the TV-drama Justified (“Up In The Holler”), and Black Francis of Pixies fame (“That Man”). Musically, Sam drew upon classic heavyweights; Neil Young (The closing track on snakes is a cover of “Down By The River”), The Stones, Zeppelin—filtered through his affinity with the likes of Sonic Youth and Pixies. It was after a show in Rome, Italy, that Sam and Brandon forged a bond resulting in Brandon taking on the role as producer and bassist for the future EmptyMansions debut record. Curtis was a part of Interpol’s live configuration, playing keyboards on the globe-spanning run.

The eight songs that make up snakes/vultures/sulfate, EmptyMansions debut full-length, fell into the “familiar” mode: guitar/bass/drums—unwittingly creating a true rock soundingrecord. Employing the stylistically versatile Duane Denison (The Jesus Lizard, Tomahawk, Th’ Legendary Shack Shakers) who’s unique approach to guitar playing defies comparison or labeling, only aids in taking the rock convention of EM a few degrees to the left. At the controls, Producer Brandon Curtis (Secret Machines, Cosmicide, Interpol) possesses the production sensibilities that serve as a balance—keeping the tracks inviting, but not without leaving a bit of challenge for the listener. Along with producing, recording, and mixing snakes, Brandon also plays bass, keyboards, and sings backing vocals.

Some things can take decades to arrive at. In this case I’m speaking of songwriting—Even within the simplicity of a typical rock band configuration: guitar, bass, and drums. Not highly original or too complicated—Nonetheless, what this “thing” can be is highly illusive, hard to grasp, and even harder to wrangle into a worthy song. This might be why, we as fans and musicians alike, return to such a common voicing repeatedly—New or old, it’s familiar, it’s comfortable, and at times, it’s the only fucking thing that feels right. In November 2011, at the completion of a fifteen month long tour supporting Interpol’s fourth, self titled effort, I found that I had finally arrived at Empty Mansions. A long time coming; not without effort, but rather without force—This alone took years to figure out. The songs that I had written, I not only liked, but had to sing myself. There was no choice in the matter. To do it any other way would have rendered the whole endeavor dishonest and pointless.”

8. Down by the River

snakes/vultures/sulfate is slated for an April 2013 release via Riot House Records.