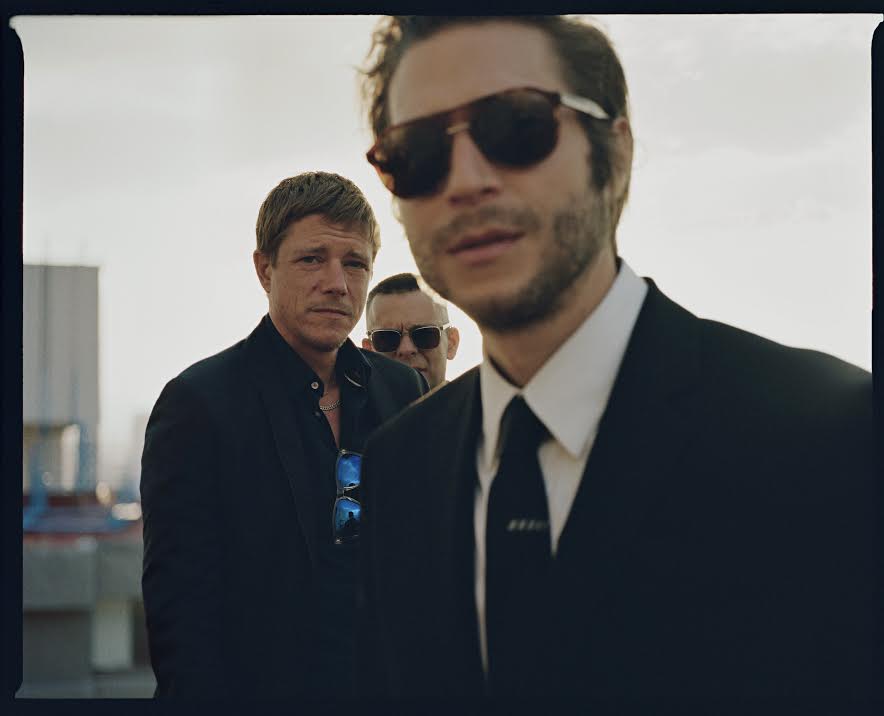 Interpol have released the video for “The Rover,” the track is off their forthcoming Dave Fridmann-produced full-length, Marauder, out August 24th on Matador Records.
The video was shot on-location in Mexico City in June, during a whirlwind journey where Interpol announced their new album via a live streamed press conference – only to be unexpectedly interrupted halfway through by a mysterious figure played by Ebon Moss-Bachrach (Girls, The Punisher). The video directed by Gerardo Naranjo (Narcos, The Bridge) – giving further context to the elusive cult-like character, ‘The Rover’ himself, blurring the line between documentary and fever dream in a heady montage of psychedelic, hedonistic adventures with his young followers, ‘Los Locos,’ in tow, as they ‘rove’ through the pulsing Distrito Federal.

Paul Banks on The “Rover”:

“I like to describe the video for ‘The Rover’ as a prequel. It’s the origin story of the character described in the song, the birth of a cult leader. When we meet him he is partly unhinged. He’s a man on the verge, an artist
subjected to great pressures, and beset with existential frustrations. A distracted hipster who enjoys psychedelics, let’s say. The events that take place in Mexico City, be it a bump on the head, a visit to a shaman, or the influence of his rescuers (the street gang known as ‘Los Locos’) trigger the birth – the eruption – of this new figure, ‘The Rover.’ His rescuers become his first followers.

In the end of the video he exacts his ‘revenge’ on Interpol with a mischievous act of disruption during the press conference. He grabs me by the head – to save me? Forgive me? Or simply as a gesture of his new independence – the butterfly becoming.”