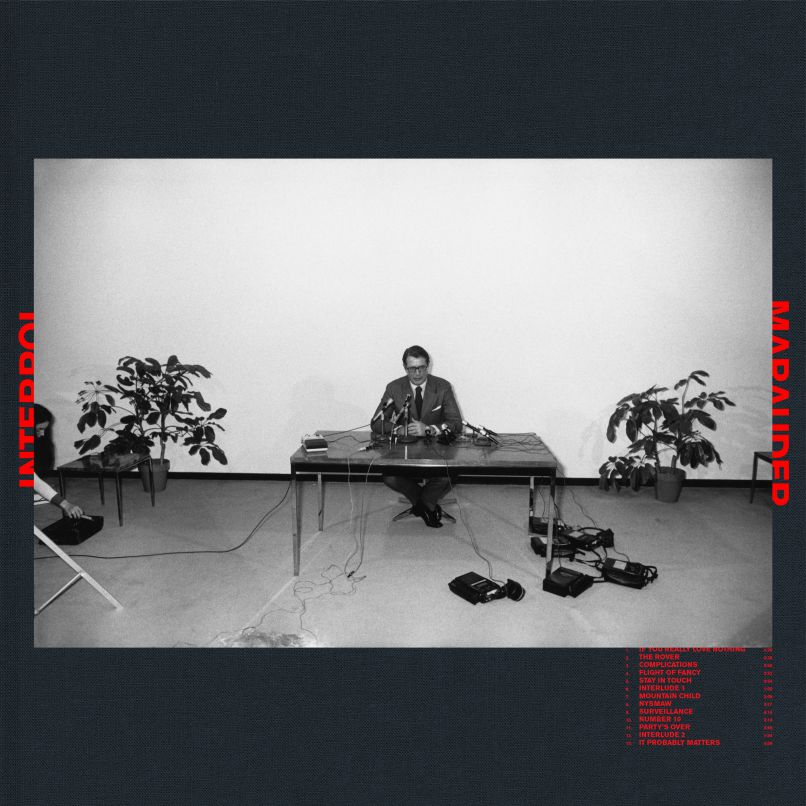 As time has gone on, you might expect a band like Interpol to get set in their ways, but that’s just not the case on Marauder. Taking their classic guitar-rock in new directions, the New York City powerhouse band pushes the limits of what they can do while still staying accessible. Even with some of the more off-kilter moments on the record, it’s ultimately one that is powerful on complete listens again and again.

There’s a rejuvenated sense of energy from the get-go as drums stomp out loudly on “If You Really Love Nothing” that contrast’s the vocals’ melancholy perfectly. In the shifting grooves of the track, there’s a constant sense of emotional exploration that makes the track both soothing and intriguing all at the same time. This hungry spirit hits a roaring peak on “The Rover” through all the excited riffs and subtle little melodies that make its momentum all the more fun to grab a hold of. More than any chorus, it’s Paul Banks’ little vocal injections and the harmonies that really flesh out the song’s intense feeling. While “Complications” rings out with a much less distinct set of hooks, it creates a sort of discordant atmosphere to leave you in Interpol’s own muddy head-space. This doesn’t make for the most catchy song, but the moments they craft inside it are well worth the journey.

“Flight Of Fancy” captures many of Interpol’s classic guitar tones beautifully while showcasing a newfound sonic exploration and aggression from them. As each chorus calms things down, the choruses send things over the top before their eccentric studio mixes give a little more to their quirky writing. They really play off the drums and guitar on “Stay In Touch” as rhythms fly back and forth to match a sense of frustration and unquantifiable negative feelings. It’s all the upticks in beat and noise that help the track evolve again and again into a gigantic monster of a track. Moving into Part 2 of their record, “Interlude 1” sees the band playing with ambient sounds mysteriously, for something brooding if a little separate from the album’s core tones.

With a stripped down guitar on “Mountain Child” the beats capture the more raucous and natural tones they seem to call back to. Each of Banks‘ soaring chorus cries feels guttural and lets the band start reaching out for a really cataclysmic sound. “NYSMAW” feels like an update of their earliest sounds, sending tight and power-chord-driven pop into new worlds thanks to their newfound ambitious inspirations. The shuffling grooves of “Surveillance” finds them leaning into the world of dance with an upbeat tick. As enjoyable as it is however, it does feel like Interpol adapting familiar rock into their own album’s aesthetic.

Brilliant effects run through “Number 10” setting the tone for an explosive and heady piece, that Interpol continues on with their grimy rhythm section. This relentless feeling they pull out of each section makes for a track that really never lets up for a second and rather just switches its focus. “Party’s Over” lets the bass take over, as creepy sounds ooze out and paint the track in strange shades. With guitars here more as colouring than the lead, there’s a sense of chaos that places you right in the middle of their disorienting lyrics.

Much like it’s twin on the record, “Interlude 2” is even more awe-inspiring in its sense of gloomy wonder, but ultimately feels a little out of place in the greater scheme of the record. With an off-kilter vocal rhythm and really slick guitar work, “It Probably Matters” is an evolution of many of the tones Interpol presents on their new album. With a larger range of sounds bleeding through, the synths start to fit more than ever to take Interpol into the future.