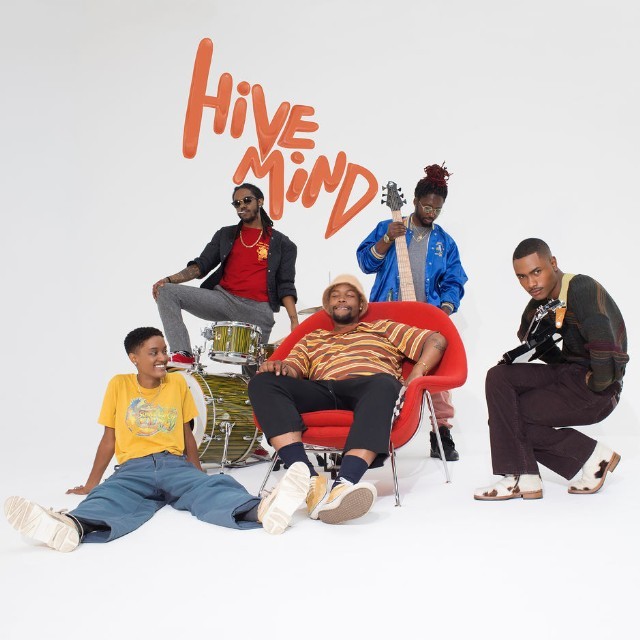 Some super-groups just manage to make magic every time they get together. With Syd leading vocals and the combined talents of Steve Lacy, Matt Martians, Patrick Paige II and Christopher Smith driving the music, there’s such a wealth creativity on The Internet’s new record you’ll be pulled in. It’s the sense of pure groove and continuity however that will have you coming back to listen to this album all the way through again and again.

Between a heavy Latin swing and overpowering, deep bass, “Come Together” sets off The Internet’s record with a jazzy rush and a little brass. As the vocals swell around the brisk percussion, the song carries both uplifting energy and just a little bit of political commentary. The sharp rhythms cut through however on “Burbank Funk” for something that mixes retro disco bass with a glossy R&B soul. Like the perfect obscure dance floor track you’ve never heard, this song is timeless and easy to move to.

“Come Over” lets the beats play around in a more a more unusual groove, while Syd pushes her own vocals to new heights. The song’s easy energy only makes its back-and-forth between light and dark tones all the more fun and addictive to listen to. The Internet’s penchant for intoxicating rhyhtms goes off the rails on “La Di Da” as they take a little jazz into a frantic percussive haze. With this spirit flying, all the little vocal fills by the group only make the song more dynamic and fun to listen to.

As the guitars take over on “Stay The Night” Syd takes on a little Astrud Gilberto for a song that is as bossa nova as it is laid-back R&B. Every little vocal lulls you deeper into their story while the amazing grooves make it all the harder to leave. They use all this accessible magic to push their limits on “Bravo” where atypical hooks and mixing make for an abrasive listen. All things considered though, there’s a great addictive quality to how every part plays against each other. “Mood” however finds the bass at the forefront, as Syd really digs in to challenge her lover rather than just lure them in. Though the track is a little more lacking in a distinct hook or moment, it adds to the overall feeling of the record beautifully.

While there’s something inherently creepy to the vocal percussion mix on “Next Time Humble Pie” it’s impossible to deny the mood The Internet gets out of it. After a slow beginning, the group really take the song into the stratosphere of harmony when they move to its b-section. This vocal focus is explore in lush beauty on “It Gets Better” as much of the instrumentation steps back to let Syd drive the song. It’s all the rap breaks and complete musical switches however that keep the song interesting. As the guitars creep to the front of the mix on “Look What U Started,” The Internet pull out another sharp banger, with Syd’s singing playing into the weird syncopations of the bass. With rhythms slowly shifting in the song and vocals falling in and out of normal effects, there’s a constantly intriguing quality to the song.

“Wanna Be” keeps the drums going in constantly different directions while the guitar hooks manage to balance subtlety with warm energy. The simple swagger and low-key energy of the song make its story of questionable love all the more lovely. They kick things into high-gear on “Beat Goes On” where all the vocals play with each other on one of the album’s most immediate tracks. With its off-kilter guitars and growing guitar lines, “Hold On” closes out the album with a slow-burning message of patience.