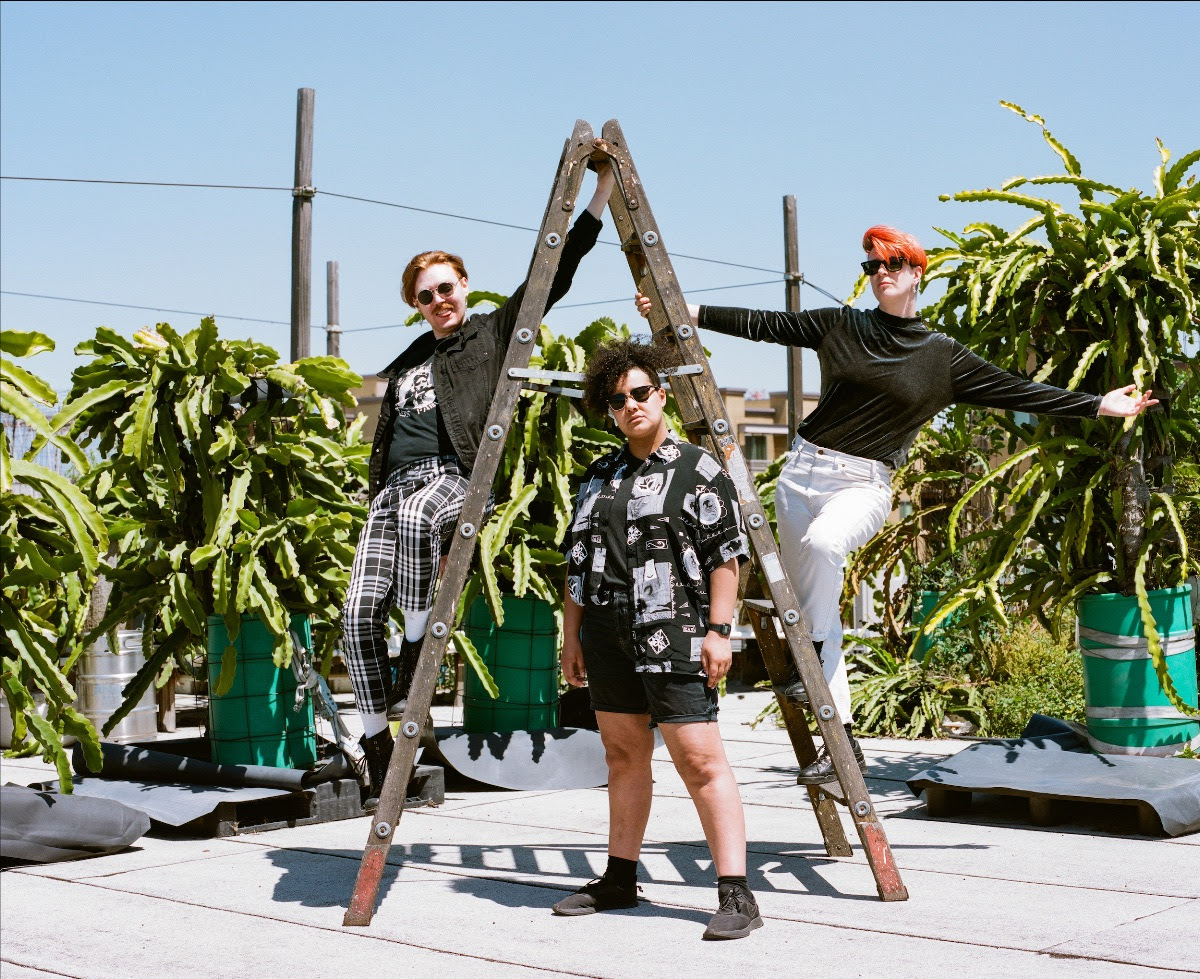 Shopping will release their new full-length All Or Nothing, on February 7, via FatCat Records. Ahead of the album’s release, the trio have shared lead-single, “Initiative.” The was written in a Seattle basement, and References governments who shirk responsibilities but place the blame on individuals.

Though the band members now live countries away from each other – guitarist Rachel Aggs (Trash Kit, Sacred Paws) and drummer Andrew Milk (Current Affairs) in Glasgow and Billy Easter (Wet Dog) in Los Angeles – the trio returned to London for an intense, 10-day period. For All Or Nothing, they teamed up with US-based producer Davey Warsop to record, shifting their stripped-down ethos to one that took a leap into pop production. Talking Heads, YYYs, Bronski Beat and LCD Soundsystem are among the artists to feature on the production inspo playlist the band created for Nick Sylvester, who mixed the record, in Los Angeles.

Shopping
All Or Nothing
Tracklist
FatCat Records