inc. no release single “As Light As Light” 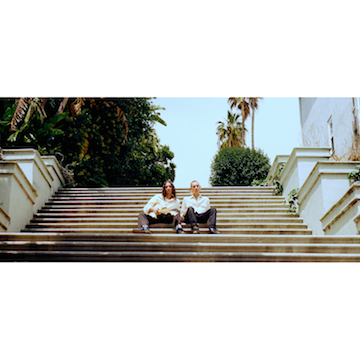 The songs were born out of trying and transitional times for the brothers, where faith prevailed and the songs are the fruits bared. As Light As Light is direct and ethereal; at times traditional, but seemingly from another world. Opening with words of praise, soaring instrumental abilities are guided by a soulful voice of joyful longing. The use of twelve-string guitar and pedal steel counterpoint carries the album from off-kilter live funk to pure gospel.. As Light As Light is an album certainly unparalleled in its choices and the feeling of peace deeply embedded in the music.

The brothers explain, “For this album, the songs presented themselves, and either they came or they didn’t…we didn’t bother getting in the way…we tried to focus on the raw expression.”  Most of the album was recorded live and consists of mostly first takes. It was recorded by the brothers with their closest musician friends and produced and mixed with Cole MGN (Beck, Julia Holter).

Brothers Andrew Aged (lead vocals/guitar) & Daniel Aged (bass, production, vocals) have created a small ripple that is continuously broadening from their hometown of Los Angeles, California . Over the past few years, inc. no world (AKA inc.) has created a sound and live experience completely unique to their intentions. Drawing from a place of true introspection, they carry a tune that is strong, ethereal, uplifting and tender.

After releasing a few songs and playing shows in 2010, they caught the attention of distinguished UK label 4AD, who then released the brothers’ debut album No World in 2013. The album was met with praise and open ears, cementing a signature sound for the band, and giving their audience a sense of what to expect. The success of the album landed them a spot on the Grand Theft Auto V soundtrack, a personal invitation to perform from Deepak Chopra, and led to a collaboration with UK singer FKA Twigs.

In the past two years, the brothers took some time to medialize themselves: Andrew moving to Hawaii and Daniel touring with several acts. inc. no world is now back and more centered than ever, ready to open the next door. In May 2016, they released “The Wheel,” a soulful trip of a love song, to announce the beginning of their next chapter. As Light As Light, the upcoming second LP, marks a new iteration of the band, progress made while retaining their refreshing, seductive, natural sound that has cemented the brothers’ place in the industry. As Light As Light will be released on all digital platforms on September 9, and vinyl will be available in stores on Record Store Day (November 25).