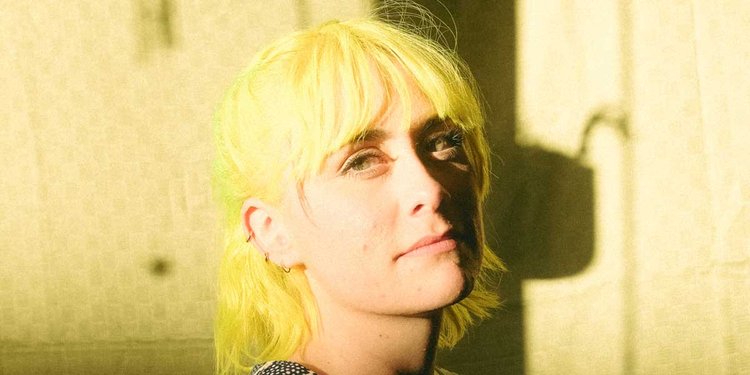 "In The Sun" by Ellen Froese is Northern Transmissions Song of the Day.
Share on TwitterShare on PinterestShare on PocketShare on RedditShare on FacebookShare on Email

Growing up on a dairy farm in the heart of Saskatchewan, Ellen Froese discovered her passions for music at a young age, beginning with a love of listening to the classics in her dad’s truck. But it was discovering Neil Young that drove her to a love of songwriting. Hearing his music made her quit piano lessons to instead teach herself guitar.

The beginning of her career was heavily influenced by classic folk and bluegrass. In 2012, she and two friends formed In With The Old, which Ellen lovingly calls her “teenage bluegrass band,” which produced two albums and toured extensively. Now with three solo albums and one forthcoming in 2022, Ellen’s sound has evolved, though she’s never stopped being obsessed with folk music. Her music now adds elements of rock n’ roll, classic country ballads, honky-tonk, and 1970s psychedelic pop grooves while still being grounded in the bluegrass tradition of a working-class relatability.

Froese is currently working on her fourth solo album, produced by Sam Corbett of The Sheepdogs, which finds her stepping out of her comfort zone even more. It’s sure to have fans swooning. Today, Froese has shared the new single “In The Sun”, a song about “conflict and feeling helpless, unable to get your point across,” says Froese. “It’s about the feeling of not being heard, and just wanting to escape the cycle of thought – planning your next move, and thinking and thinking about what you could say to make them hear and understand you. Recorded at The Rec Hall in Saskatoon, “In The Sun” features esteemed peers Clayton Linthicum (Kacy and Clayton – Guitar), Sam Corbett (The Sheepdogs – Drums/Production), and Chris Mason (The Deep Dark Woods – Bass).

“I originally put a version of this song on my album with Campbell Woods, it’s very folky. I thought it would be great to hear a lush, vibey version with pedal steel and soft harmonies. I think this new version gets the feeling of ‘accepting sadness’ across.”

Order “In The Sun” by Ellen Froese HERE