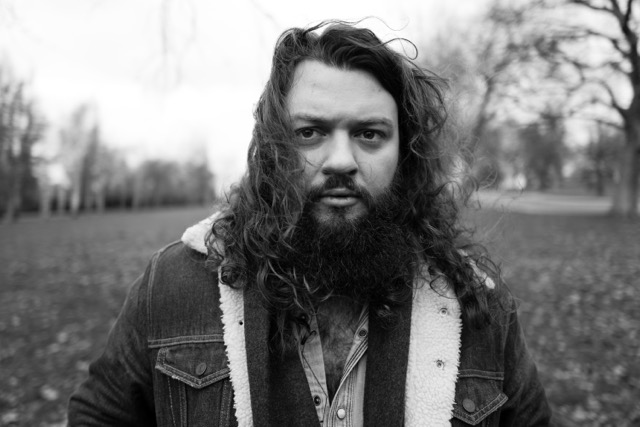 John Joseph Brill releases his new EP ‘I’m Not Alright’ through Kobalt on July 11th. Featuring his hauntingly beautiful new single ‘A Place To Drown’, which The Wild Honey Pie described as “a heart-breaking and complex contradiction that only a true master could pull off. Luckily, Brill is up for the task.”, previous single and EP title track ‘I’m Not Alright’ as well we two new tracks ‘Smoke’ and ‘The Leaving Song’.

Speaking about the EP’s inspiration Brill explains, “The EP was intended as the tale of a break up in reverse. It begins with the title track, the moment of realization, ‘I’m Not Alright’ and ends with the story of how it all began ‘The Leaving Song’. In between, in the body of the journey to acceptance the listener is exposed to grief in ‘A Place To Drown’ and acceptance in ‘Smoke’.”

Andrew Davie of Bear’s Den has both produced and performed on the EP, alongside his band mate’s and John’s usual collaborators. Speaking about working together on the EP Brill says “We’re old friends and for a record this personal I wanted someone I trusted to take care of my songs. I’m delighted with what we were able to create”.

Lead single I’m Not Alright’, which was released earlier this year and having premiered on Zane Lowe’s Beats 1 show, clocked up over 175,000 Spotify streams and counting.

Having spent his early 20s fronting London based heavy rock outfit Burning Beard, John Joseph Brill established himself as a mainstay of the West London music scene. The same musical community that bred The Staves, Laura Marling and Bear’s Den heavily influenced Brill to explore a more confessional, honest form of songwriting and in 2013 he left his former band and the capital and moved to Liverpool. There he honed his craft as a solo artist, immersed in the oeuvre of Leonard Cohen, Jason Molina and Neil Young he began writing and performing, in his unique baritone style, songs about everything from heartbreak to death and friendship.

John Joseph Brill has now released two critically acclaimed EPs, amassing over to 1,3 million Spotify streams. The first, the Pieces EP, (produced by Andrew Davie of Bears Den and Kristoffer Harris) laid a foundation at radio with support coming from Radio 1, 6 Music, Radio 2 and Radio X as well as in Europe. Lead single ‘Muscle And Bone’ featured as Q’s ‘Track of the Week’, Clash’s ‘Track of the Day’ and received widespread blog coverage. ‘False Names’, the second of the two EP’s, continued to build increased support at radio and online and spawned European support slots with Daughter and Bears Den, topped off with a sold out headline show at St Pancras Old Church and a support with Carole King at Hyde Park’s British Summer Time.

At home in the U.K, John has sold out headline shows in multiple major cities and has supported Richard Hawley, Jenny Lee and Nick Mulvey. All this in addition to key slots at Reading & Leeds, Secret Garden Party and Wilderness as well as packed rooms at 7 Layers and Reeperbahn have made for a very exciting year both in the U.K and Europe for the brandy-warm baritone songsmith.