“An Ill Son” by Bambara 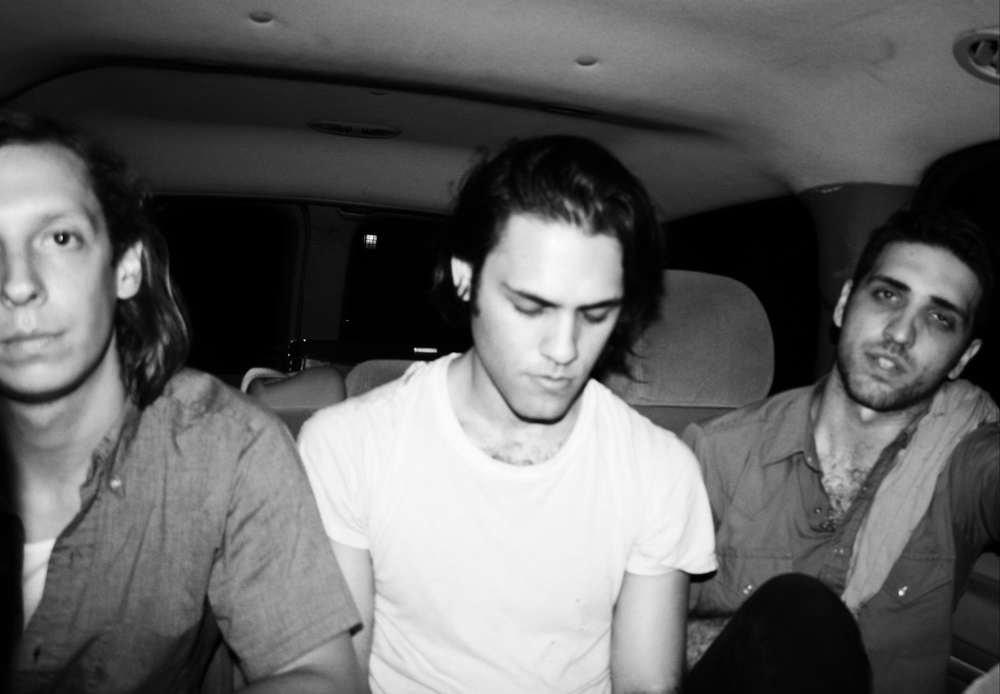 Brooklyn-­based trio Bambara has been honing its noise/punk brutalism since forming in Athens, Georgia, in 2009. Swarm, the band’s second full­ length, pulls its approach into sharp focus, and the result is an absolute triumph for forward­ thinking post-­punk. In marrying the maniacal ravings of The Birthday Party and the ugliness of early Swans with the tangled cowpunk of The Gun Club and recent Iceage, vocalist/guitarist Reid Bateh, drummer Blaze Bateh, and bassist William Brookshire create something wholly idiosyncratic, and ultimately more satisfying than most anything else in the current post-punk landscape.

Swarm has taken a long and arduous journey to reach its current form. It was almost entirely recorded in early 2014, then entirely scrapped after a laptop containing the sessions was stolen. Realizing they needed to take a break from those songs, the band made an EP called Night Chimes, which much like Reid’s solo project, Feverer, stitched together noise improvisations into a coherent, composed whole. When they revisited the lost songs for Swarm, they entered the studio with Ben Greenberg (Uniform, ex-­The Men) with renewed purpose and laid down the majority of the tracks on the album in two days.

Despite the band’s Southern roots, Swarm is strongly informed by the band’s gritty Brooklyn digs. Reid’s vignettes describe a grimy city, filled with fragmented images of unhinged, unstable characters — including one inspired by the landmark Polish short story collection, “The Street of Crocodiles” by Bruno Schulz. The music perfectly complements the bleak atmosphere of the lyrics, with Reid’s Rowland S. Howard ­like guitar lines taking the foreground more than in past Bambara releases, and the pulsing rhythm section driving the songs to ever more depraved depths.