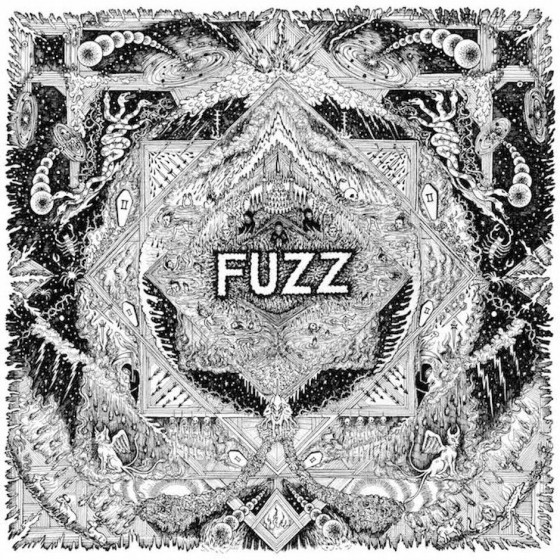 Hanging out with the boys, having a couple beers, jammin’ out to some Sabbath: if these are your weekend plans, buy this record.

If you’re going to the farmer’s market on Saturday, save your money for the local produce. Fuzz is a great band; they’re musician’s musicians. Three guys who have perfected their craft of making wicked, sludgy tunes to bang your head and spill bongwater to. Dubbed as “proto-stoner-metal”, they take a nostalgic trip to a point in time right between hard rock and heavy metal. Essentially, it’s a genre exercise that’s done damn near perfectly.

With their second record, Fuzz have decided to go a bit deeper into the genre experiment, with this one clocking in at 1 hour, 8 minutes; making it almost twice as long as their debut.

The opener, “Time Collapse Pt II./ The 7th Terror” has Segalls’ vocals screaming over the coming doom no one can escape. “Let it Live” comes with an opening riff that rattles over Chad Ubovich’s bass and Segall’s more than competent drumming. The song comes to a close with a wailing string section, which scratches itself right into the thrashing of Mootheart’s guitar. “Red Flag” sounds almost reminiscent of early-80’s hardcore, with shout along vocals and a tight, punk-y snare. The single “Pollinate”, hits about as hard any of the other songs, with the 13-minute instrumental “II” possibly being the biggest hulking beast on the record; you can practically hear it lurch its way out of the primordial ooze.

To compare Fuzz to a prehistoric beast is a pretty fair comparison. This a mammoth of a record. It’s big, loud, and crushing, but it’s not the sort of thing everyone can deal with every day. This is a record that may put you sleep from the constant exertion that comes with head banging, which the riffs are perfectly designed for. With over an hour of this, it can be a bit draining on the listener. There’s not really a “Planet Caravan” (though the intro to “Say Hello” comes very close), that gives one some breathing space. This begs the question: “Is that even a problem?” The answer being: “For some, but not for others”.

Taken in doses this is a great record. Taken all at once, it falls a bit short.