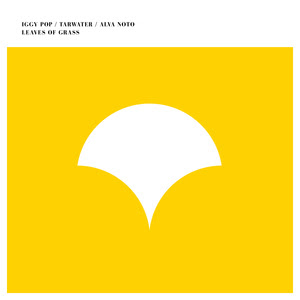 Iggy Pop has teamed up with electronic experimentalists Carsten Nicolai aka alva noto and Tarwater to pay tribute to great US poet Walt Whitman. Each of the seven featured tracks scores a poem by American wordsmith Walt Whitman. Iggy Pop contributes spoken word recordings, while Tarwater and alva noto create the music. The EP will be available on February 5th via Morr Music.

“Leaves Of Grass” is a collaborative EP between Tarwater, alva noto and Iggy Pop. Each of the seven featured tracks scores a poem by American wordsmith Walt Whitman. Iggy Pop contributes spoken word recordings, while Tarwater and alva noto create the music.

The EP lends its title from Whitman’s main work ‘Leaves Of Grass’. It channels forces from exceptional artists: Carsten Nicolai, aka alva noto, is a renowned artist and electronic producer. He is well-known for his diverse electronic work released through Mille Plateaux or his own label Raster-Noton. His first recordings had a huge impact on what was called ‘Clicks & Cuts’ in the late 90s. At the same time, Ronald Lippok and Bernd Jestram began their pioneering work: As Tarwater they pushed the last existing boundaries between electronic music, new wave and indie culture with their idiosyncratic music, which was hard to describe without using the prefix ‘post-‘.

As you may have heard, the career of Iggy Pop started back in the 1960s. In 1967 he formed The Stooges and was later deemed ‘Godfather Of Punk’. For this EP he lends his distinctive voice to seven poems by Walt Whitman, while Tarwater and alva noto create a vibrant and ever-pulsating score, sometimes calm, sometimes plodding and monolithic.

Iggy Pop on Walt Whitman: “You know, I think he had something like Elvis. Like Elvis ahead of his time, one of the first manic American populists. You know you’re looking at pictures of him, and he was obviously someone who was very much involved with his own physical appearance. His poetry is always about motion and rushing ahead, and crazy love and blood pushing through the body. He would have been the perfect gangster rapper. Whitman says, even the most beautiful face is not as beautiful as the body. And to say that in the middle of the 19th century is outrageous. It’s a slap in the face. Look at the popular, well-educated poets of the time, those sensitive noblemen. But Whitman writes: “Fuck ass.”