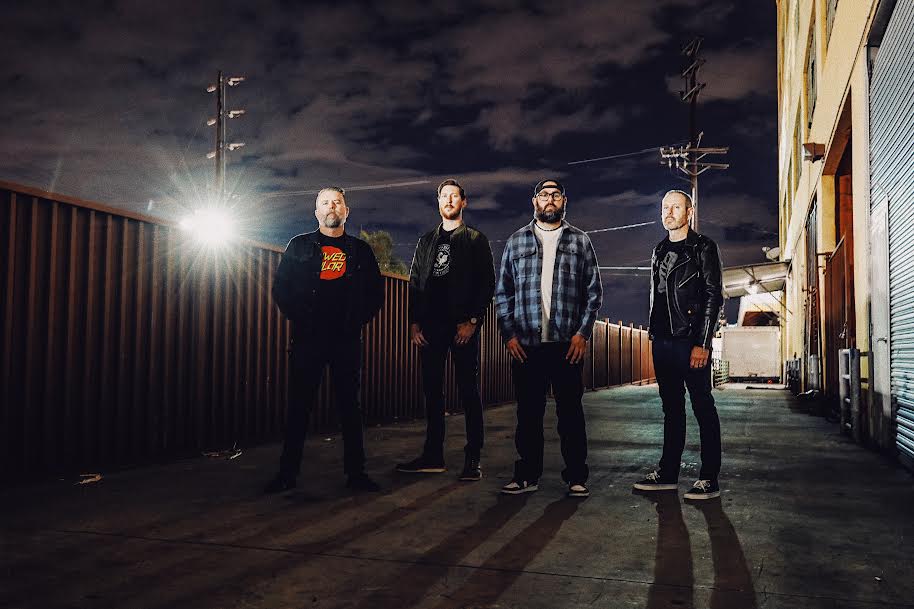 Bakersfield, California post-hardcore band If It Kills You have shared a new video for “Impulse Response,” the track is off their Jim Ward (At the Drive-in, Sparta), produced album Invisible Self, now available via streaming services. The LP is inspired by the sounds of Ward’s bands as well as Quicksand, Hum, and Drive Like Jehu (whose song “If It Kills You” inspired the band name). Fans of the forementioned bands, will definitely be converted.

If It Kills You guitarist Kevin Clark on “Impulse Response:”

“With ‘Impulse Response’ we wrote about a fictional character struggling with the desire to change who they are and the internal conflict that comes with it. At the root of it, it’s about addiction but this is manifested in the video as a killer and his desire not to act on his terrible impulses.”

Invisible Self producer Jim Ward discusses the making of the album: “Connecting with the guys in If It Kills You during the lockdown phase of the craziness we’ve been going through was a real blessing for me. Not only are they a great, creative band sonically, but the depth of lyrics and real intention was a joy to work with. I think it takes a special band to work remotely with a producer and actually produce a thoughtful and great sounding album, and these guys delivered. My greatest joy in working with them is not just the pride of being part of a fantastic album, but also that some solid friends were made.”

Drummer Tyler Patterson concurs: “It was super inspiring to work with Jim on this record. It was invaluable to get his insight and advice on the record. Jim’s musical career itself is a huge influence on us. We are huge fans of At the Drive In and Sparta.”

With Ward as producer, the album was recorded and mixed by Martin at The Noise Feed, the recording studio he owns and operates in Bakersfield. Mastering was handled by Carl Saff at Saff Mastering (Bambara, Kowloon Walled City). The cover art was created by Alan Rosetti, also known as AR/KVB.

Beyond If It Kills You, Martin is making a career out of connecting with his heroes: Songwriting Malpractice, the podcast he started in 2020, features revealing one-on-one talks with a slew of notable musicians, including members of most of the aforementioned bands as well as The Melvins, The Jesus Lizard, Jawbox, Failure, Converge, Trail of Dead, Torche, and more.

If It Kills You
Invisible Self
Tracklist

Purchase Invisible Self by If It Kills You HERE