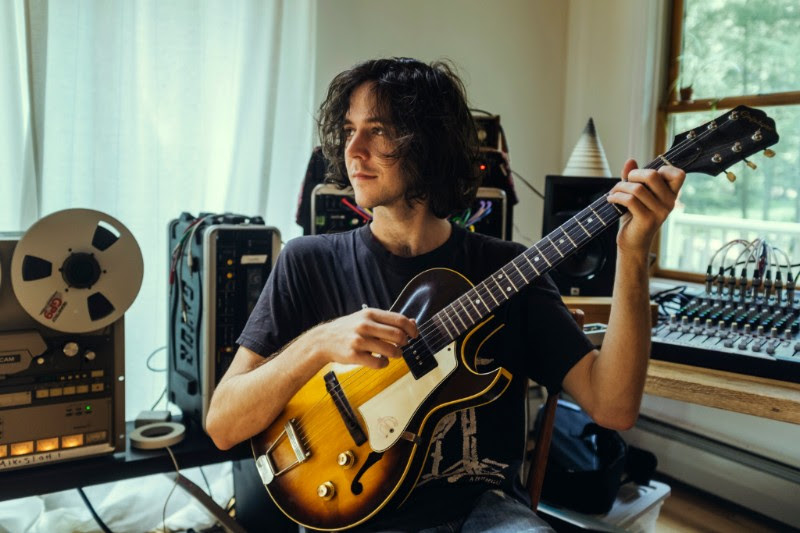 Sam Evian AKA: Sam Owens, will release his sophomore album, You, Forever, on June 1st via Saddle Creek. Full of romance, You, Forever is Owens’s first foray into a more soul-baring sensibility. Following the release of the slow burning lead single, “Health Machine,” Sam Evian now presents dreamy album opener, “IDGAF,” which explores the notion of embracing one’s passions and pursuing one’s goals no matter the impositions in their path. Owens discusses how the song came to fruition on a sleepless night:

“I’ve always been a night owl, but lately that tendency has led me down the path of full-on insomnia. The insomnia is exacerbated by screen time, media time, coffee time, and time, in general. In bed, my insecurities linger and the kaleidoscope of anxiety starts to pull me into a strange, trance-like state. ‘IDGAF’ is one of my 5am songs. Sometimes when I’m deep in the well of nonsleep, I get up and write. I don’t even remember doing it. The same thing happened with ‘Cactus’ on my last record. I think I tried to write a sort of mantra to coax myself into sleep. It must have worked.”

You, Forever was written on the heels of touring Sam Evian’s debut album, Premium, which taught Owens much about feel and interaction. Fueled by a desire to escape from the glow of screens and enlightened by embracing a sense of limitation, he quickly developed a new set of instrumental songs written for a band rather than just himself and recorded them on a Tascam four-track cassette recorder at his parent’s home in North Carolina. As Owens explains, “The four-track is so limiting; you’re forced to get only the bones of the song down. You can’t do any overdubs, so it was fun to work on that with the experience of the live band behind me. And something about playing my family’s instruments in the garage where I grew up spurred a set of songs that became the new record.” He then rented a house in upstate New York with his band — Brian Betancourt (bass), Austin Vaughn (drums), Adam Brisbin (guitar), and Hannah Cohen (backup vocals) — to record on an eight-track reel-to-reel tape in July of 2017. With no tuning pedals allowed, the focus was on instrumental grooves and the aim was to achieve the vibe of the original recordings.