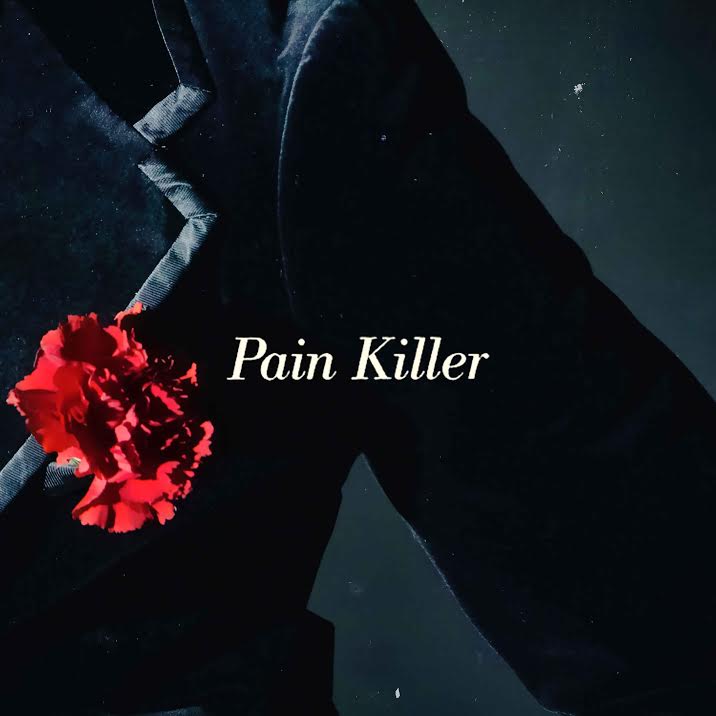 Iceage will release their fourth album, Beyondless, May 4th on Matador Records. Today, Iceage have shared the album’s second single “Pain Killer”, the track features Sky Ferreira (the first guest vocalist to ever be featured on an Iceage song). Additionally, the band is announcing March residencies in New York and Los Angeles and dates in Japan in April, with their previously announced European and North American tours to follow in May and June. Beyondless radiates joy. It’s an album that shows Iceage finally catching up with their ambition, all the while retaining the rich character of the band’s brash beginnings. It’s important to pay attention to the

Beyondless was produced by the band with Nis Bysted, and recorded all-analog by Mattias Glavå at Kungsten Studios in Göteborg, Sweden, and mixed by Randall Dunn at Avast Studios in Seattle. The album was played entirely by Iceage with additional performances by Nils Gröndhal (violin), horns by Kasper Tranberg (trumpet), Lars Greve (saxophones) and Morten Jessen (trombone).

THE NEW ICEAGE
by Richard Hell

I can totally imagine myself as a kid lying in my closed-door room in the dark, listening to this band and getting what I need, the way a band can make a person feel seen and bring confidence, sometimes even represent an ideal. Or maybe I’m already all defiant and self- certain, and I identify with Iceage because they are too, and they’re who I want to represent me in music. It’s a weird combination of qualities that a rock and roll band and their recordings presents to their young crowd, imparts to them. The music being pure emotion, the strong emotions of youth—anger, sadness, contempt, longing—as well as energy and sex, and the band’s demonstration that it gracefully owns and provides those things, consoling their followers in all the confusion.

What is it that Iceage in particular brings? A large number of extraordinary things. (Poetry! But more about that later.) The band members were childhood friends, which is always good news. They’re like a small urban gang, faithful to each other, suspicious of outsiders (of which music journalists like me are the most suspect examples). At the same time, they seem mature and competent, which is almost too much to hope for. They not only play and compose well, but the production of their records, from the very beginning, and at the music’s most chaotic, is impeccable. Their presentation is as hardcore anarchic as any, but much better played, mixed, and recorded than most.

And then there’s the poetry and the intelligence. The members of Iceage are not only smart but hyper literate. Interviews with E. Rønnenfelt, the lead singer and lyricist of the band, find him mentioning Carson McCullers, The Heart Is a Lonely Hunter; Georges Bataille, Story of the Eye; Peter Shaffer’s Equus; Mishima, The Sailor Who Fell from Grace with the Sea; Genet’s Thief’s Journal and Miracle of the Rose; The Torture Garden by Octave Mirbeau; Henry Miller on Writing; and James Agee’s A Death in the Family, and that’s in a total of four interviews. It’s not that he flaunts it; he’s simply honest and naturally acknowledges it. The lyrics of Iceage songs have the most sophisticated vocabulary I can remember finding in rock music. Here’s a favorite example, from “Pain Killer” (ft Sky Ferreira) on the new album:

…“Arrogate”??? I half know the word, but I had to look it up to be certain. It means “to claim or seize without justification.” It’s funny because its Latin root also underlies the word “arrogant,” which one might be tempted to apply to Rønnenfelt for the contempt he shows for people who try to understand him. But I sympathize. It is extremely annoying to be characterized by other people. And the shading of meaning of the word “arrogate” brings a subtlety to those lyrics of his that “take” or “seize” or “claim” wouldn’t. Frankly, though, what I really like about those lines is the concept of praying to his lover’s feet. That’s good. It makes me think of a similar instance in another poet, Charles Baudelaire, who wrote in his “Hymn to Beauty”:

Who cares if you come from paradise or hell,
appalling Beauty, artless and monstrous scourge,
if only your eyes, your smile or your foot
reveal the infinite I love and have never known?