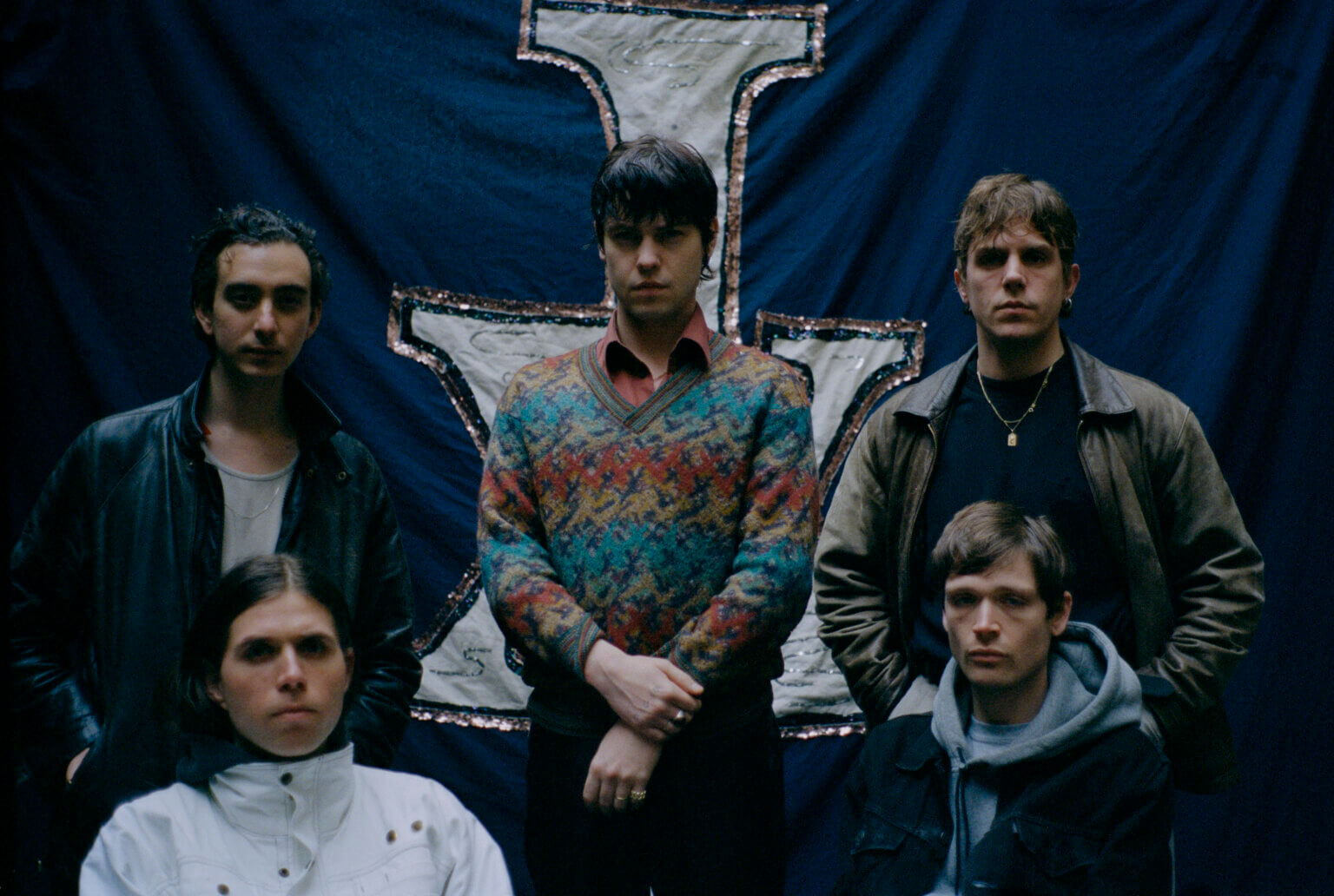 Iceage, have released “Gold City,” off their forthcoming LP, Seek Shelter, due out May 7th via Mexican Summer. Along with the news, the Copenhagen based band have announce a 2022 North American and UK tour. Additionally, Iceage has announced a Seek Shelter concert streaming Saturday, May 22nd at 8pm Eastern and 8pm Pacific. The concert will feature a performance of Seek Shelter in its entirety. Previewed on the band’s last North American tour, “Gold City” is a passage in Seek Shelter’s story of scorched-earth salvation. The American gospel and blues signatures present in previous single “Vendetta” reappear here as Elias Bender Rønnenfelt rousingly sings of a vast journey: “First there was I, then there was us // Off goes the layers, as written in dust // What you have lost, I shall provide // All that you left behind, I’ll pick up the supplies // Latch on // Hold still, before I forget // Remain in this passing juncture // Let it swarm, let it sit.”

Rønnenfelt comments: “At home and enraptured in the fleeting moment, the sky becomes technicolor in its makeshift lucidity. A culmination made so that everything felt briefly complete. Traffic lights and the setting sun through a polluted filter, shimmering and golden.”

Seek Shelter, is a collection of songs radiating warmth and a profound desire for salvation in a world that’s spinning further and further out of control. Throughout, Rønnenfelt’s lyrics reach grand heights despite its classic opacity — he sings of taking shelter, of tranquil affections that threaten to combust, and of a limp-wristed god with a cavalcade of devotees in search of relief. His expressionist imagery consistently hinges on the divine. Seek Shelter was produced by Sonic Boom (Pete Kember of Spacemen 3), the band’s first outside producer, and mixed by Shawn Everett.