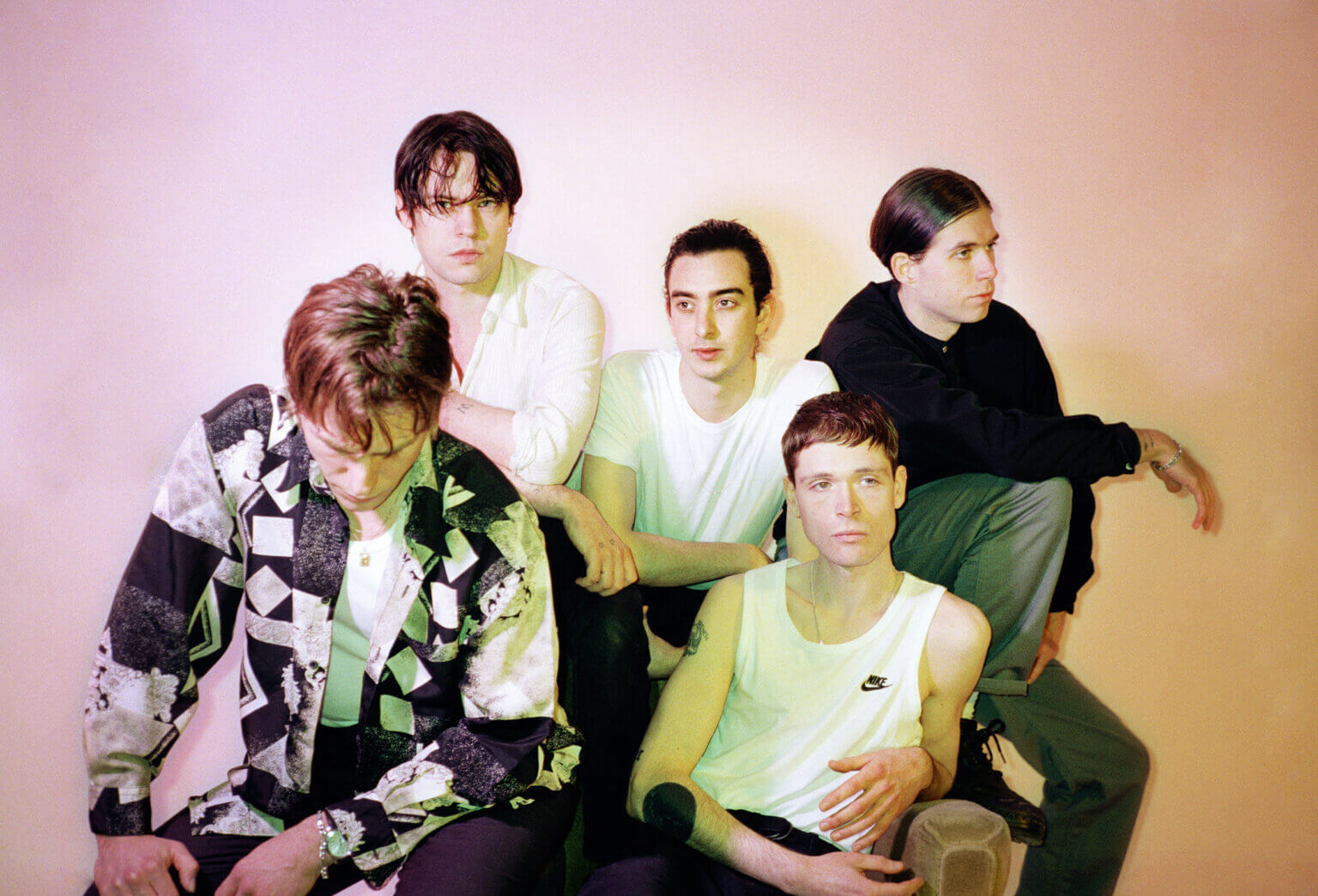 Iceage have announced their new full-length, Seek Shelter, will arrive on May 7th via Mexican Summer. Ahead of the album’s release, the Danish Post-punk band have shared a new single/video “Vendetta,” which follows “The Holding Hand.” For the recording of Seek Shelter, the band enlisted Sonic Boom (Pete Kember of Spacemen 3) to produce the record and additional guitarist Casper Morilla Fernandez.

The accompanying video features the band, as well as actor Zlatko Burić. Director Jonas Bang explains, “We wanted it to be less 1:1 story and more short format collage-ish – like if you flick through a chapter in a book reading a bit here and there.”

Elias Bender Rønnenfelt casts the influence of Kember, the band’s first outside producer, as that of a sparring partner, another wayward mind to bounce ideas off of (along with Shawn Everett, who mixed the record) to help shape the sound. For Seek Shelter’s story of scorched-earth salvation, Iceage’s songwriting embraces conventional structures more conspicuously than it has in the past. The dirge-like drone that opens the record gives way to a wall of reverb that sounds fuller and brighter than anything they’ve committed to tape, signalling a clarity of clouds breaking. The Lisboa Gospel Collective, who joined the band for two tracks on the final day in the studio, provide a new scale to Rønnenfelt’s incantations.

“Crime is the undercurrent that runs through everything. If you don’t see it, you’re not looking. In its invincible politics, it is the glue that binds it all together. ‘Vendetta’ is an impartial dance along the illicit lines of infraction.”

While recording, rain dripped through cracks in the ceiling of Namouche, the dilapidated wood-paneled vintage studio in Lisbon where Iceage set up for 12 days. The band had to arrange their equipment around puddles. Pieces of cloth covered slowly filling buckets so the sound of raindrops wouldn’t reach the microphones. Kember arranged garden lamps for mood lighting in the high-ceiling space. It was the longest time Iceage had ever spent making an album. When the rain had stopped, Seek Shelter revealed itself as a collection of songs radiating warmth and a profound desire for salvation in a world that’s spinning further and further out of control. Even Rønnenfelt was surprised with what they were able to create together. “When we started, I think we were just lashing out, completely blindfolded with no idea as to why and how we were doing anything. For Seek Shelter, we had a definite vision of how we wanted the album to be carved out, yet still the end result came as a surprise in terms of where we sonically were able to push our boundaries.”