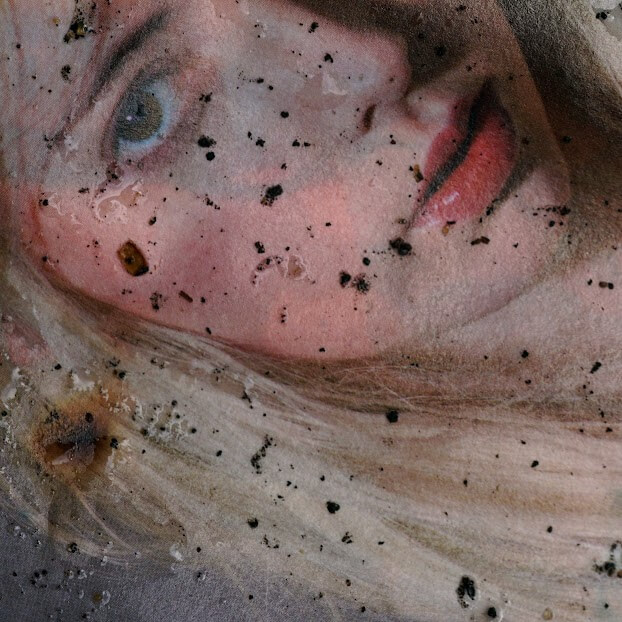 There’s perhaps no better representation of the PC Music M.O. than QT, a hyperpop project ostensibly created to make one self-referential and distressingly catchy single, crafted by label founder A.G. Cook, artist Hayden Dunham, and the late Sophie, which doubled as a soft drink promotion. The movie in Bojack Horseman that became a bi-monthly curated box of snacks sounds less absurd in light of this.

There are a couple more caveats to that description. First, “Hey QT,” was released not on PC Music but XL Recordings, at a time when the independent label still had Adele among their artist roster. Secondly, Dunham, the face of QT, was not the voice of QT. The pitch-shifted vocals could've easily belonged to Dunham instead of British singer Harriet Pittard (a.k.a. Zoee). But that might not fit as well with the project’s “authenticity of artificiality” stylings.

And how does one follow up a musical project built for ephemerality that blurs the line of who the true star is? For Dunham, it was to step away from music and focus on other artistic pursuits, like taking part in a sculpture installation featuring, among other things, a display of vaporizers known as “GEL” emitting a mysterious substance and crafting a performance art piece for MoMA about the history of oil. Speaking with Paper, Dunham simply described their new solo music project Hyd as “the seed for the next garden.” In other words, the 4-song eponymous EP might just be another stopgap in Dunham’s continuing artistic evolution.

But Hyd should prove appealing even to those who aren’t PC Music allegiant, and maybe even to those who shut off “Hey QT” halfway through. Inspired by a visit to the volcanic Canary Island of Lanzarote, this EP is fixated on change, both through Dunham’s eclectic tastes and their own personal journey. Cook has production credits on every song, and Caroline Polachek collaborated on two. But what unifies Hyd is its namesake’s mix of boundless inspiration and impressive craft. Dunham calls it a seed, but each track comes from a different envelope and bears unique fruit.

The EP quickly distinguishes itself from QT with opener “No Shadow,” a captivating piece of industrial pop inspired by Dunham’s temporarily losing her vision in 2017. Her vocals, sounding more goth than chipmunk, immediately enter the fray with a morose bass synth drone and further their power with a dramatic chorus asking “Am I finally home?” Throughout the song is an emphasis on “the light” and its contrast with “the night,” the former, a divider, the latter, a uniter. By the end, you may feel pummeled, soothed, or both.

And if you appreciate ASMR tingles, you’ll love the sexually charged and absurdist “Skin 2 Skin,” which finds Dunham whispering free-associative phrasings before bursting into an electropop chorus fit for Charli XCX that rhymes “Slip ‘N Slide'' with “side of fries.” The cycle continues, and while Dunham’s strengths lie more in sugary euphoria, the more reserved moments earn their place. Lucky Charms, despite what Bart Simpson might say, wouldn’t be anywhere as good if they contained only marshmallows.

Penultimate track “The One” continues the restless transformations, opening like forlorn synthpop, turning into deconstructed club, dialing back again, before achieving its final form intermingling both styles. Closer “The Look On Your Face” is the biggest outlier, a bittersweet ballad about missing an ex centered around sensitive acoustic guitar strums from former Phoebe Bridgers‘ collaborator Waylon Rector. But there are still plenty of pulsating drum machines and chiming synths, and the sincerity of Dunham’s vocals helps to transcend the generic nature of the lyrics.

Hyd, the musical project, could be fleeting or here to stay for the foreseeable future. Hyd, the EP, shows Dunham has a lot of avenues to explore, regardless of which name or medium they’re currently attached to. They sum it up perfectly with a single verse on “The One”: “The world is yours for you to decide/no use in hiding your next self design.” Here’s to hoping Hyd won’t stay hiding.