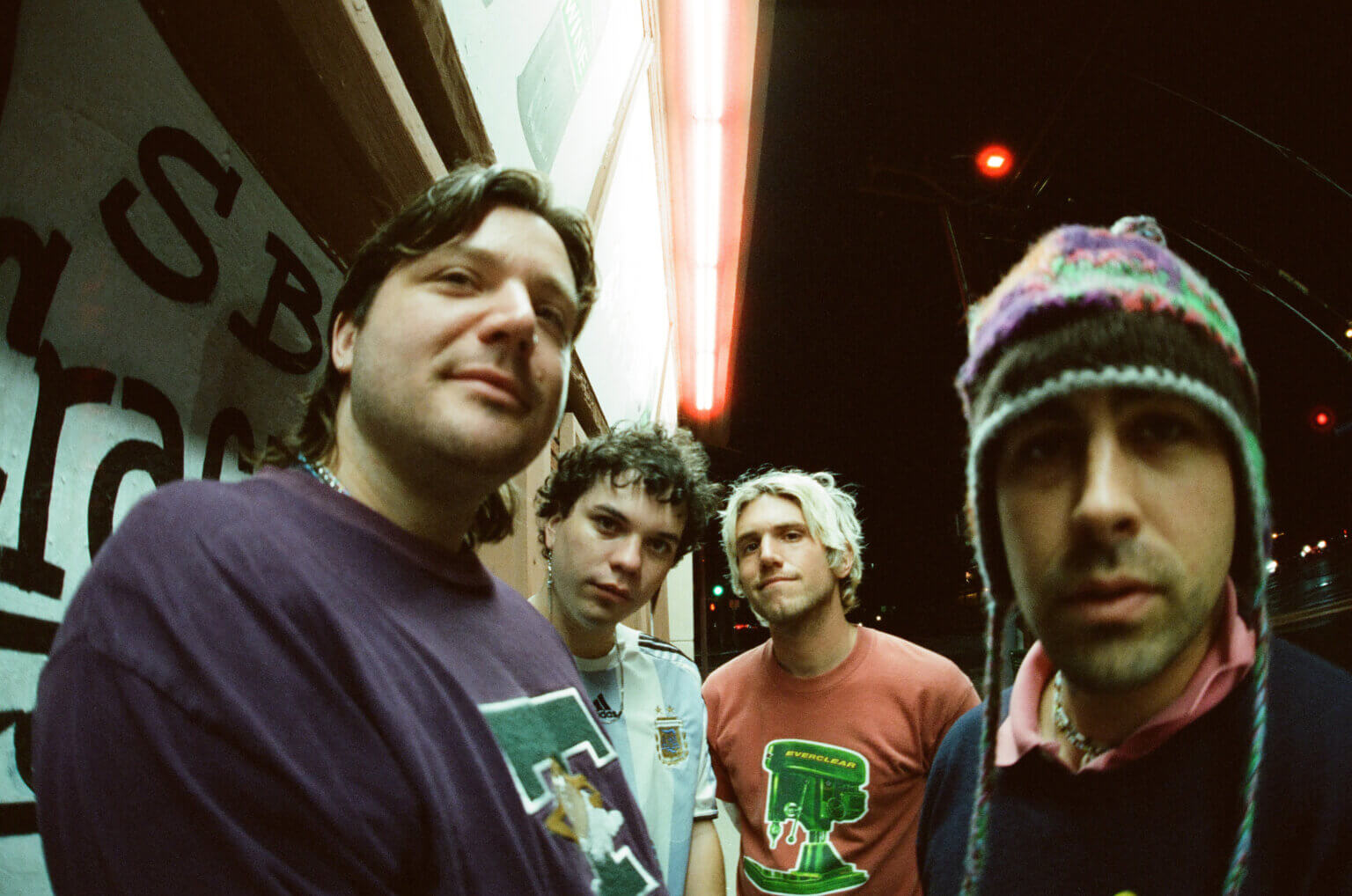 HUNNY have dropped a new single and music video, “Loser.” The track, arrives ahead of their new EP Homesick, available July 22nd via Epitaph Records. The track embodies the band’s penchant for contrasting dark lyrics with glittery synths and catchy hooks. The offbeat music video is hilariously awkward yet endearing, depicting frontman Jason Yarger rollerblading around Venice Beach while performing the song karaoke style with “LOSER” written across his forehead. Filmed on lofi VHS, the grainy quality offers a blast from the past. Homesick, follows the group’s 2019 debut album, YES. YES. YES. YES.

Over the course of the pandemic, the four members of HUNNY collectively made nearly 100 demos that turned into the cohesive compilation of ‘Homesick.’ “We’ll bring in demos that have established lyrics or themes already, or we’ll write to a melody that happens in the moment,” the band expands upon their ever-changing songwriting process. “It’s become increasingly collaborative as the band has gone on.”

Hitting the studio once more with ‘YES. YES. YES. YES’ producer Carlos De La Garza (Cherry Glazerr, The Linda Lindas) the band sought out to explore new sounds after briefly straying from their punk beginnings in favor of 80’s new wave and 90’s pop influences. “We’re trying to get to the root of the music we want to make at this point,” the band concluded. The new project finds the band attempting to reconcile those differences with swirling guitar riffs, catchy pop melodies and sugary sweet synths.

‘Homesick’ propels HUNNY one step closer to their newfound sound.