Human Hair have existed in one form or another since 2008. Since their first incarnation, they’ve had 3 different drummers, added a bass player and slowly acquired members that live in the same city – as opposed to travelling between Nottingham and London for band practice.

Throughout this period, the only constants have been vocalist Jack Lenton  – a former straight-edge, furniture salesman who is extremely verbose even via SMS – and guitarist Henry Withers, who has seen Lovvers (Wichita) come and go, is the co-founder of Homerton recording studio Sound Savers and grew up in the Transcendental Meditation community in Skelmersdale.

These two main forces of Human Hair sit on opposite ends of the musical spectrum, Lenton with his Nick Cave, Swans and esoteric soundtracks against Withers’ love of Pavement, The Fall and simple, no blues notes. The push and pull between them defines the band and makes for a thrilling and captivating sound.

Having only released a handful of 7”s and gigged sporadically over the course of 5 years, something changed in 2013, the new line-up solidified, the live show got tighter and a more cohesive unit began to form. It was time for Human Hair to make an album.

Recorded by Ben Phillips on a boat docked in the Thames (Lightship 95) and mastered by the legendary Alan Douches (Sufjan Stevens, Owen Pallet, The Rapture) in New York, their debut LP is entitled ‘My Life as a Beast and Lowly Form’.

The album spans the entire history of the band and their two opposing sides: the childish creativity found on songs like ‘Happy Birthday’ and ‘Sleeping’ and the more accomplished, newer tracks: ‘Worldly One’, ‘Hungers’ and ‘Left Hand’.

Influenced by writers Frank Stanford, JG Ballard, Ted Hughes and Alan Moore, Lenton’s lyrics on ‘My Life as a Beast and Lowly Form’ represent the animalistic tendencies toward the base things in life: the drink, sleeping all day and primal urges. 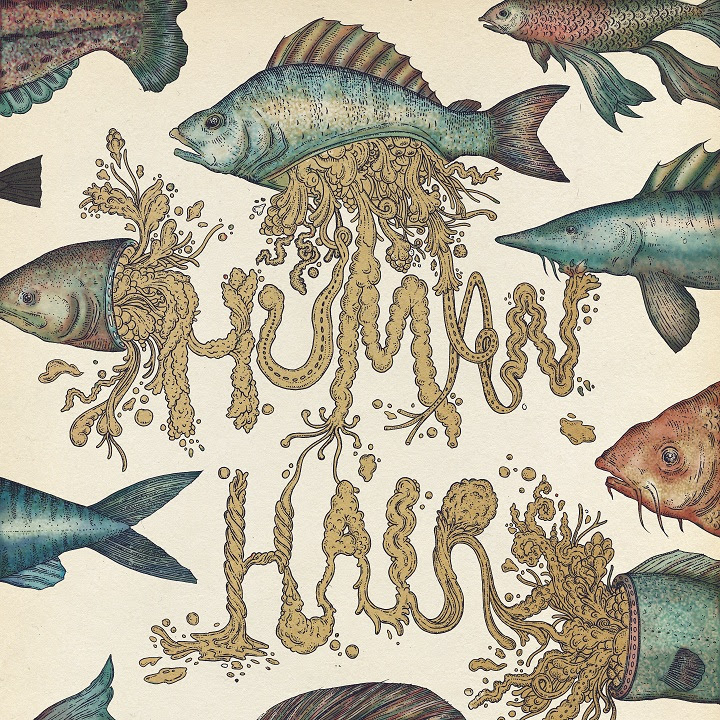