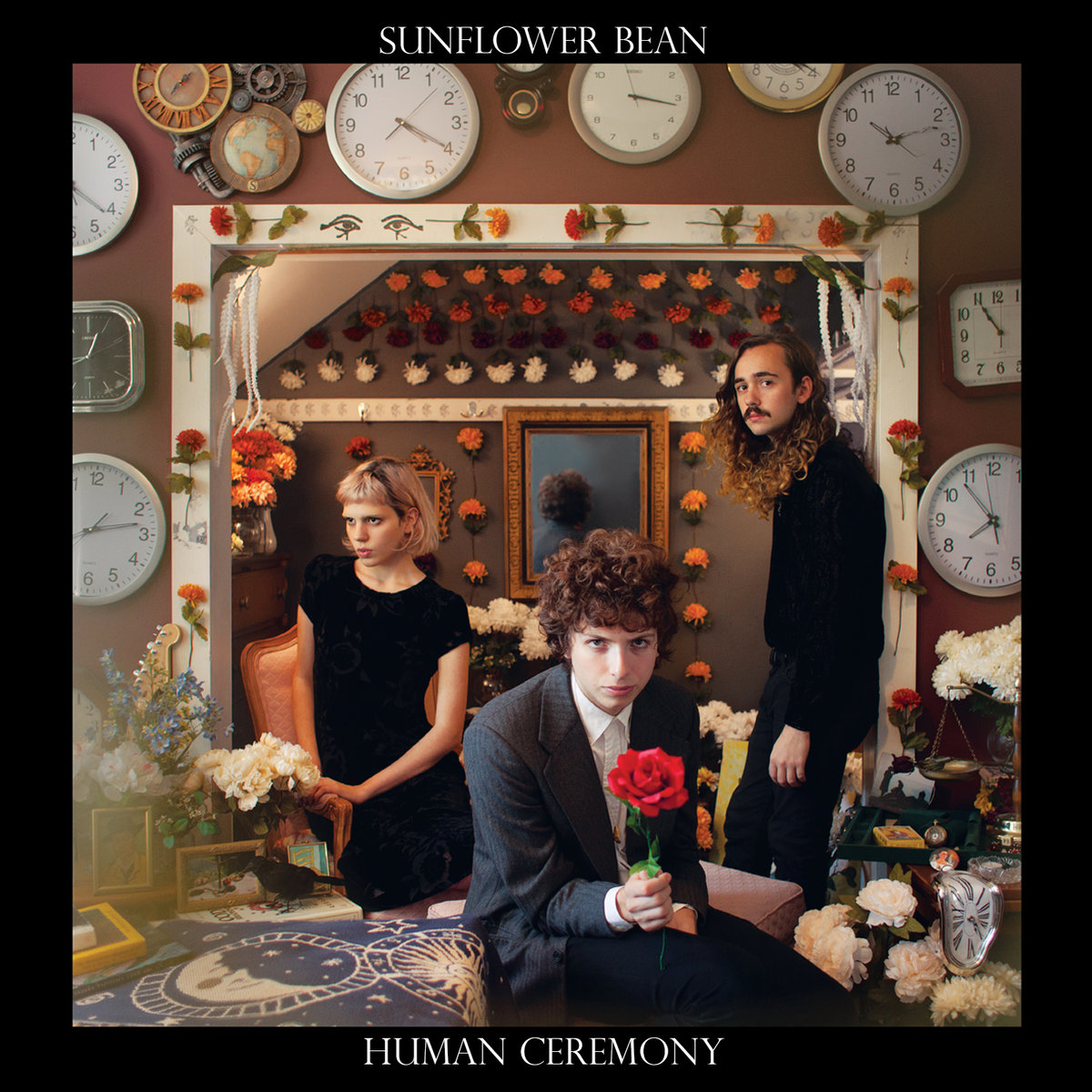 It’s an interesting divide, but they have, however, earned their place at the artfully apathetic, yet aware lunch table. With their 2015 EP Show Me Your Seven Secrets, Sunflower Bean made a strong first showing as a neo-garage psych outfit that was quickly followed up by a run of live dates including SXSW and supporting spots for Best Coast, DIIV, Cherry Glazerr and Wolf Alice. Lead vocalist Julia Cumming even has become one of the recent faces of Saint Laurent. They got their grit from living in the Brooklyn DIY rock scene, earned their stripes on the road and honed their craft in the studio, allowing Human Ceremony to bloom.

The album begins under plumes of shoegaze fog, which clears and makes way for a grand rock and roll finale in “Space Exploration Disaster,” all the while kicking back and forth between DIIV-esque rolling guitar lines and hearty rock squalls reminiscent of Wolf Alice. Between heavy and light flip flops like “2013” and “Easier Said,” tracks three and four, respectively, Human Ceremony doesn’t get bogged down by blocks of riffs or waves of haze.
Both Cumming and Kivlen’s hypnotic vocals wick off the dense walls of sound, dreamy and shoegazy, though when paired together, their voices even out the scale of Cumming’s ethereal soprano and Kilven’s twitchy baritone.

Sunflower Bean come out of the gate hard with both searing punk-psych and tender moments, a dichotomy that pairs well with the band’s ever-changing internal landscape—one that’s in the midst of transition from youth to adulthood.