“How Simple” by Hop Along 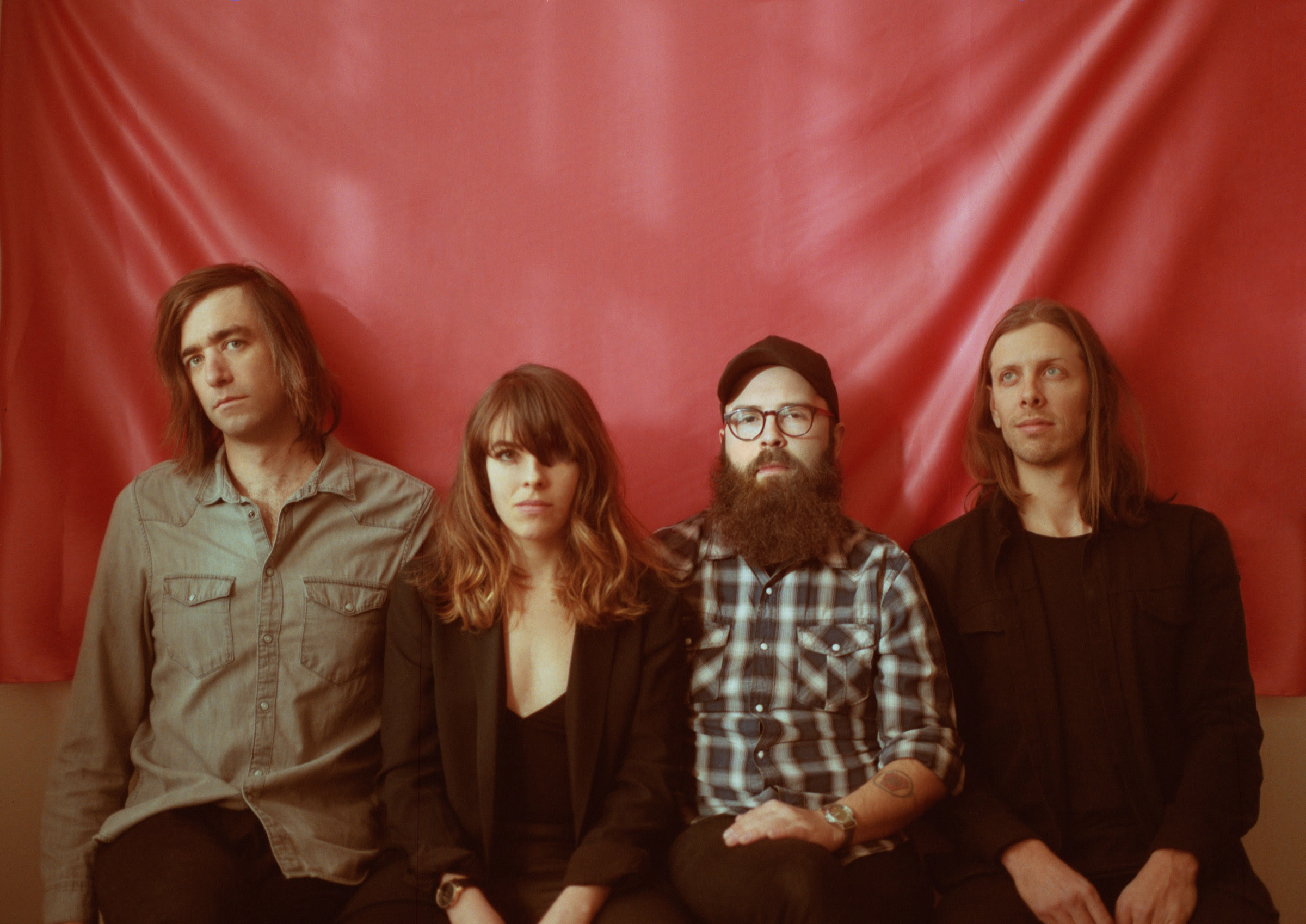 Philadelphia’s Hop Along will release their third studio album Bark Your Head Off, Dog on April 6th via Saddle Creek. The 9-song collection is the band’s strongest and most cohesive album to date. Crafted by Frances Quinlan (songwriter, lead vocalist, and rhythm guitarist), Tyler Long (bass), Joe Reinhart (guitar), and Mark Quinlan (drums), the album considers what it’s like to cast off long held and misguided perceptions, yet without the assurance of knowing what new ones will replace them. Quinlan has been meditating a lot on power. In this particular moment in history, this thought begs a greater question: what do we do with power and the men who so freely brandish it? “So strange to be shaped by such strange men” is a line that repeats on more than one song on the album. “I’ve been thinking about that a lot. That I just deferred to men throughout my life,” Quinlan says. “But by thinking you’re powerless, you’re really robbing yourself. I’m at a point in my life where I’m saying instead, ‘Well, what can I do?’

On album opener, “How Simple,” Quinlan wrangles with what it’s like to learn about yourself—which can get ugly. Quinlan explains, “People romanticize the idea of finding themselves, but when they do, at least in my experience, it can be really difficult. You see how you fail others and how others fail you.

Hop Along
Bark Your Head Off, Dog
Tracklist