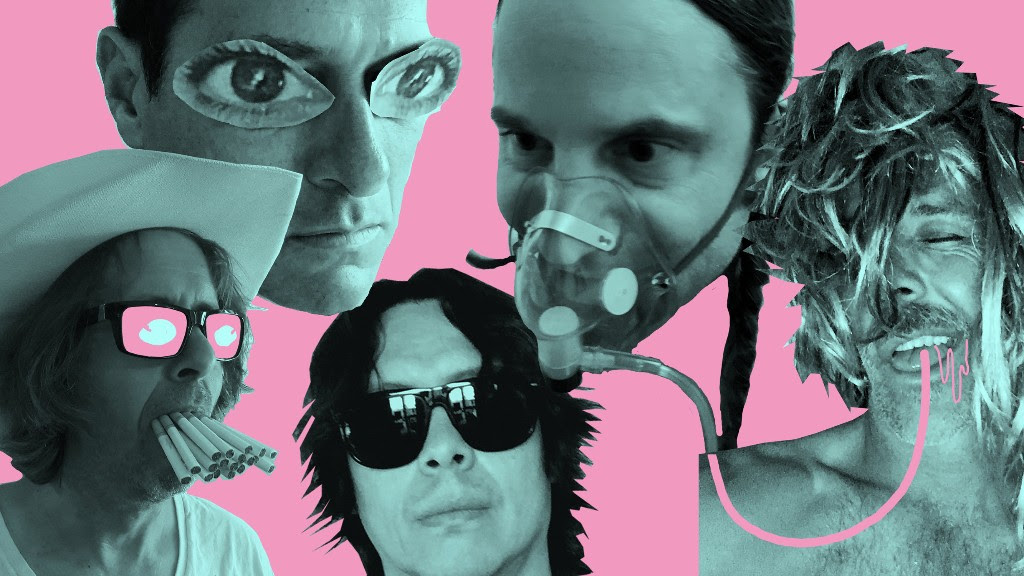 Hot Snakes — the band comprised of Rick Froberg, Jason Kourkounis, John Reis, Mario Rubalcaba, and Gar Wood — have signed to Sub Pop Records. The band will release the group’s first new album since 2004’s Audit in Progress, as well as reissue catalog — Audit…, Suicide Invoice and Automatic Midnight — in the Spring of 2018.

The band includes members of Pitchfork, Rocket From the Crypt, Drive Like Jehu, Earthless, Obits, Burning Brides, OFF!, The Delta 72, and more — have released three of our favorite rock records of the past 20 years. And soon enough that’ll be four…

Hot Snakes formed in 2000, after the release of their first record, Automatic Midnight. They were John Reis, Jason Kourkounis, Rick Froberg, and Gar Wood. The band’s sound represented a return to the unrealized past of its members. This time their musics would be direct, undraped and rock ‘n’ roll while still maintaining the dense and turbulent character of the members’ previous work (“hard” labor). In April or May of that year, Hot Snakes found their live sound and established themselves as primo, down-stroke warlords.

Wikipedia says that in 2002 the band released their second album, Suicide Invoice. The album exhibited Hot Snakes slightly larger palate in mood and dissonance. People enjoyed the shows and listening to the recorded music. But, strain from controversy and fame would reveal cracks in the worn hides of these old road dawgs. Exit Jason Kourkounis to focus on other musics.

In 2004 Mario Rubalcaba joined the band and Hot Snakes released their third and last studio album, Audit in Progress. An increased attraction to dissonance surfaced as the band spiraled downward into a mid-life punk crisis. Yet, more shows were played and enjoyed and the band visited many cities all over the world. By 2005, the band had stopped performing.

2011 saw the return of Hot Snakes. The band appeared on the premier festival circuit. Both drummers performed with the band on the songs which they each recorded. The reformation proved the band to still be in the top 5. They discussed writing new material and building upon this revitalized momentum. After an additional 6 years of discussions, Hot Snakes returned to the studio in 2017 to commence recording. And, lucky for all of us, 2017 finds Hot Snakes charging back, renewed, playing shows and planning for the release of a new album in 2018 on Sub Pop Records.