Hot Chip’s announces the release of an expanded edition of In Our Heads, available digitally and on double CD (WIGCD293X) on November 19th. The expanded edition will feature the original, critically acclaimed, album augmented by a bonus disc of demos, rare studio tracks Jelly Babies and Doctor, as well as new and exclusive previously unreleased remixes from Optimo, Daphni, Charlie Fracture and Major Lazer.

The tracklisting for the special edition of In Our Heads is as follows. To pre-order, click HERE.

8. Now There Is Nothing

9. Ends Of The Earth

11. Always Been Your Love

Hot Chip will be throwing a one-off vinyl party at the Oxfam shop in Dalston, London on Thursday 27th September as part of the Oxjam Festival. The night will feature DJ sets from Hot Chip, The 2 Bears, Four Tet, Simian Mobile Disco and more guests to be announced. The band will be donating records from their collection as well as helping the shop out with some exclusive merchandising by creating “recommended by Hot Chip” racks of vinyl for fans to pick and choose from.

Hot Chip are currently on tour in North America and will be back on the road in the UK next month. Rustie has been confirmed as support on the Thursday night at Brixton Academy in London. Dates with ticket links are as follows:

Watch the official videos for Night and Day HERE and How Do You Do? HERE. 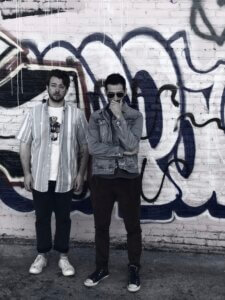