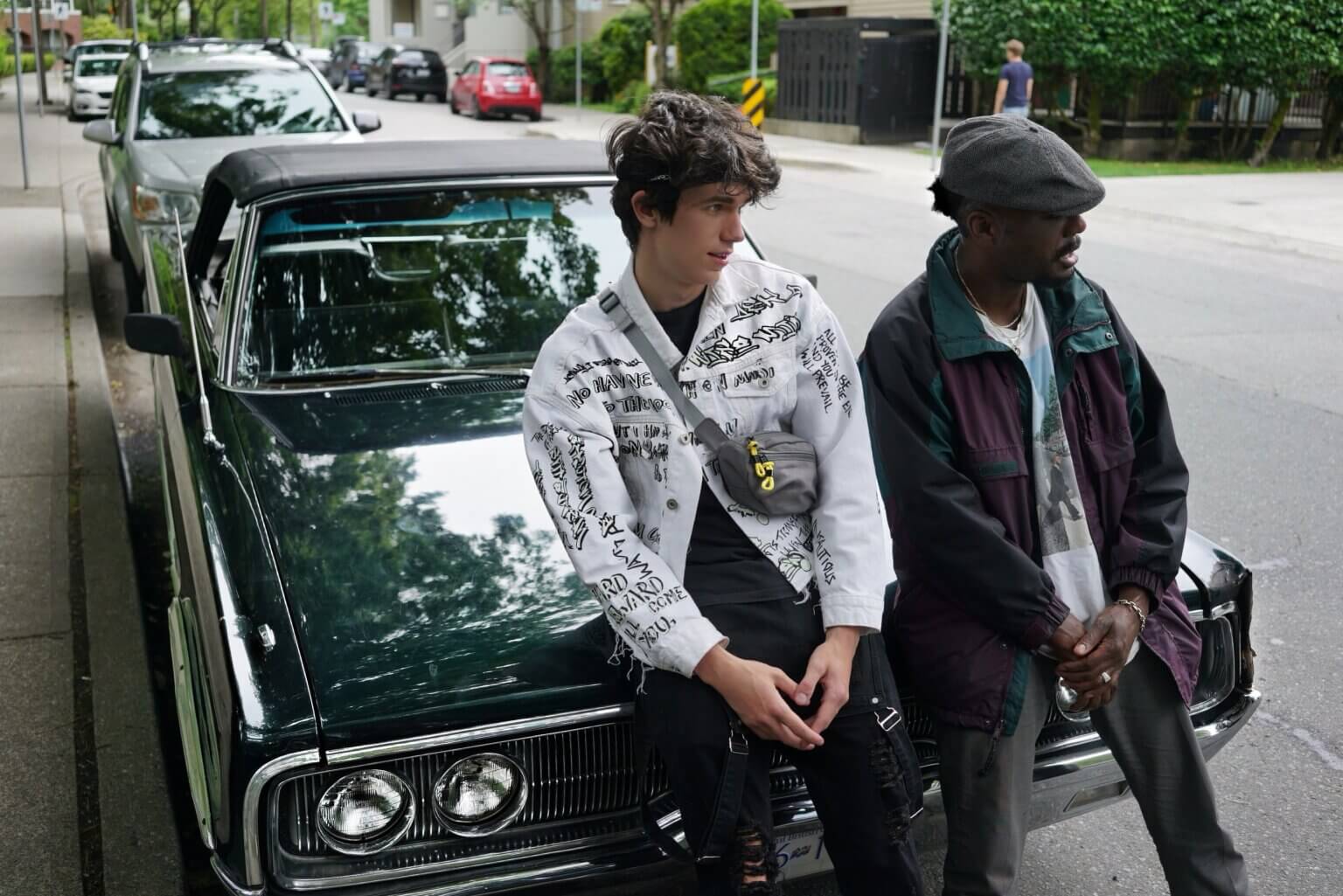 k-os returns with HOT BOY, a collaboration with KAGE E. The track, follows k-os’ two latest singles: the dance-floor ready, SUPERNOVAS and his unique take on The Cars’, Just What I Needed.

The two connected and formed a dynamic duo of sorts. KAGE E says “There’s definitely a Batman/Robin vibe going on. We even had the Batmobile for the (video) shoot!”. k-os adds, “I’ve been looking for my Robin for a minute. But Robin has to have both confidence and humility to be a good partner to Batman and that’s a hard combo to come by. Finally found it… or rather, it found me.”

On being able to work with k-os, KAGE E said, “k-os was a part of my ascendancy into music. When I was younger I used to set my hand on the speaker and feel the beat run up through my arm and kinda work its way through. My Dad liked his music loud. Sometimes on Queen Street people would start groovin’ to the hook as we sat at the lights. Moment like those are the moments that made me want to make music. It was really dope when me and K-OS connected. He’s a big influence.”

k-os started his career in 2002, with the release of Exit. followed by Joyful Rebellion and Atlantis: Hymns for Disco. k-os is the featured vocalist on The Chemical Brothers’ single, Get Yourself High (2003), and has collaborated with Drake, Broken Social Scene, Feist, DFA 1979 and Kaytranada.