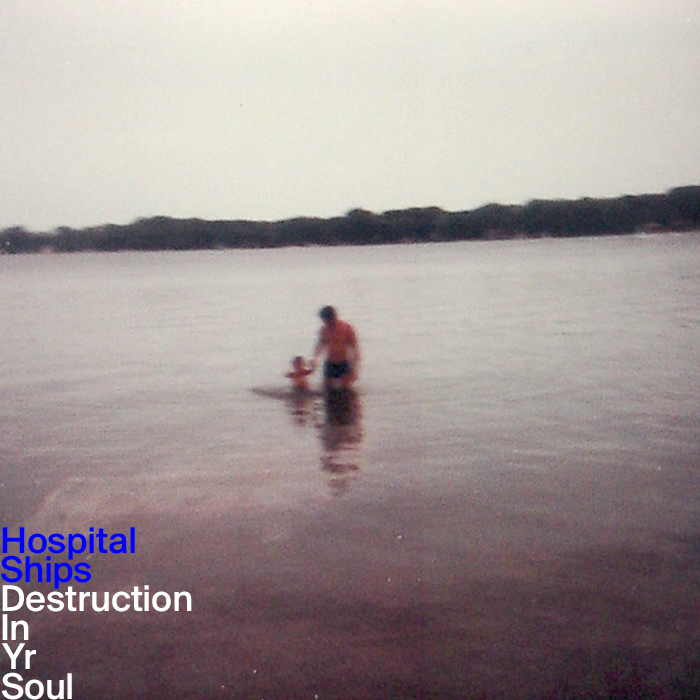 Hospital Ships began as a bedroom-recording project for Lawrence, Kansas’s Jordan Geiger. Over the course of four years, two albums and stints with multiple respected bands, like Minus Story (singing, songwriting) and Shearwater (trumpet, keys) Geiger molded Hospital Ships into a densely packed sonic experience, bringing to life the cloistered sounds of a mind bursting with ideas at work alone in the bedroom.

With Destruction in Yr Soul, out June 18th via Graveface Records and Curiosities imprint, he’s thrown open that bedroom door, inviting in a full band. The result is a collection of songs that, while sonically more open, still wrestle with themes both private and universal. From a desire to see the world end to the contemplation of loss, Destruction in Yr Soul plays in tones ranging from garage rock aggression to light, almost whimsical folk.

Peppered with the dark visions of Townes Van Zandt, the biting lyricism of Damien Jurado, the apocalyptic dread of Godspeed You! Black Emperor, and the guitar antics of Ty Segall, Destruction in Yr Soul’s disparate influences manage to sound complementary. Freed by Hospital Ships’ newly appointed members to narrow his focus, Geiger has crafted his third album into something dark, yet soaring. If the apocalyptic wishes expressed in this album ever do come true, Hospital Ships will go out fighting. File under: Rural noise rock. Fuzzy gospel for Situationists. Epic psych-folk. Listen to the first track off the album, “Come Back to Life,” which Stereogum calls “a triumphant slow-burner…an expertly executed song that reaches for rafters in ways that indie bands don’t do too much anymore.”

LISTEN TO “COME BACK TO LIFE” HERE

HOSPITAL SHIPS ON TOUR
(all dates with The Appleseed Cast)

“The album plays out like a musical, a morose one at that, each song with its own distinct character but threaded together by the sequencing into a cohesive melodic story of some sort. All that is a lot of work for one man, but Geiger handles the job extremely well.” – Blurt