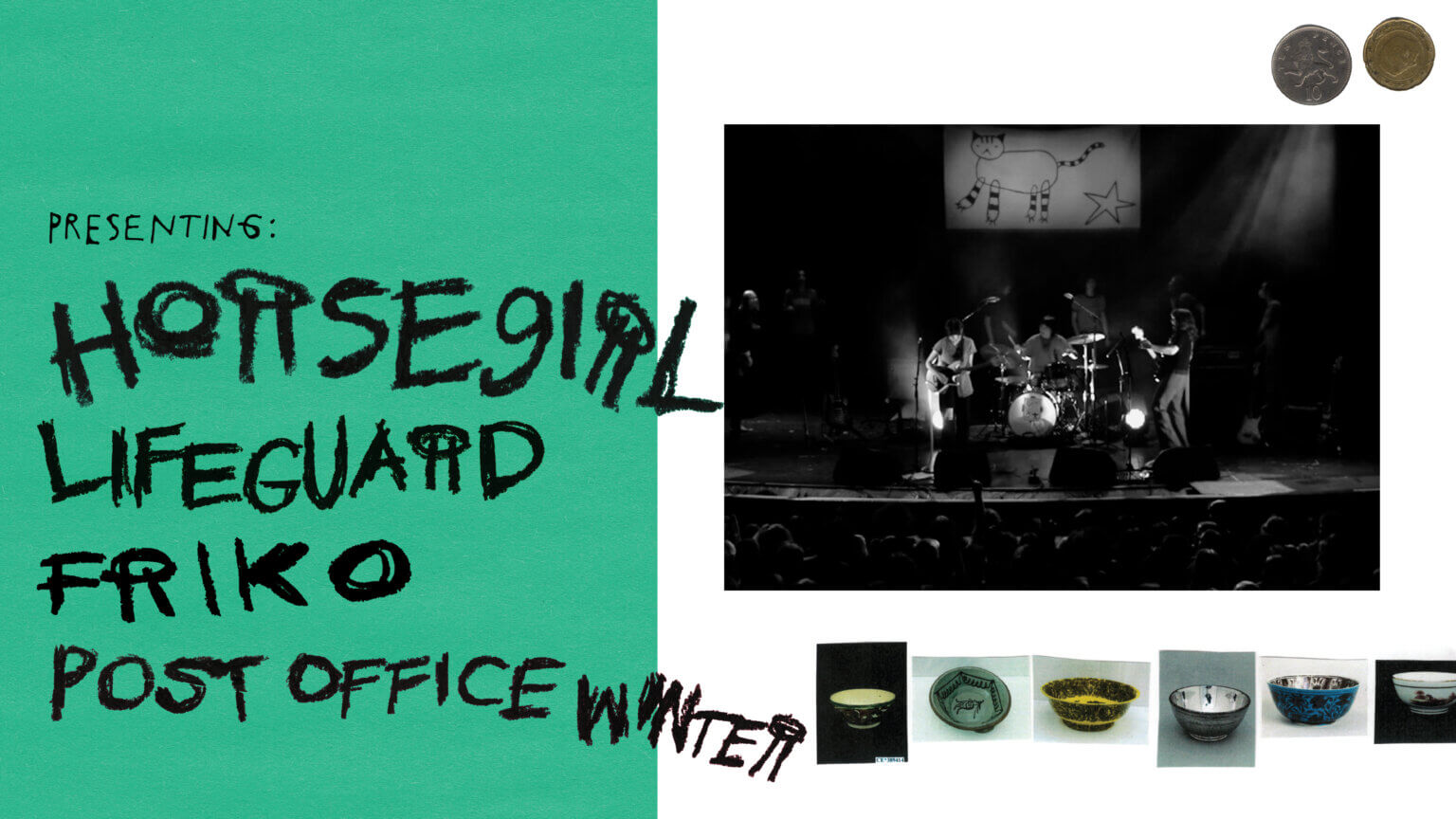 Horsegirl release Do You Want Horsegirl or Do You Want the Truth?
Share on TwitterShare on PinterestShare on PocketShare on RedditShare on FacebookShare on Email

Horsegirl have released Do You Want Horsegirl or Do You Want the Truth?, a video document featuring their Thalia Hall performance alongside other hometown Chicago bands Lifeguard, Friko, and Post Office Winter. Artwork in-step with Horsegirl’s aesthetic are woven with live footage of all four bands, including Horsegirl’s covering Guided By Voices’ “As We Go Up, We Go Down.” This is a testament to the youth scene in the city, and the powerful bonds amongst Horsegirl and their friends.

Horsegirl – Nora Cheng (guitar, vocals), Penelope Lowenstein (guitar, vocals), and Gigi Reece (drums) – released their debut album, Versions of Modern Performance, earlier this summer via Matador. The album was met with resounding praise (more on that below), and family, friends and fans all came together at Chicago’s Thalia Hall to support the band at their sold-out record release show.