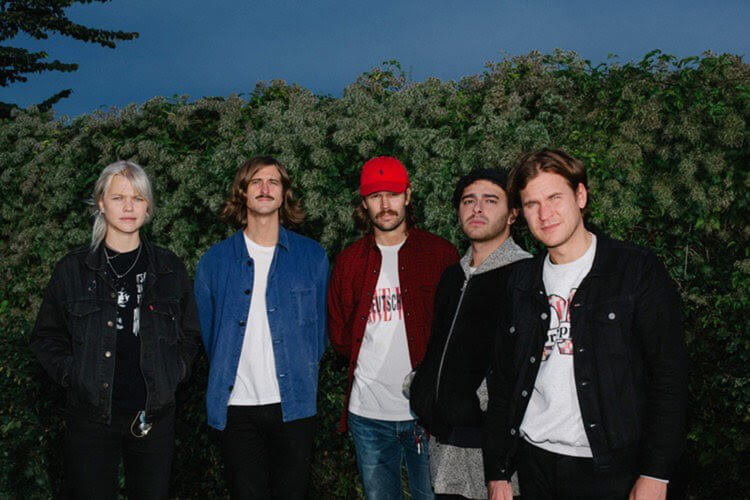 Malmö Sweden’s, Horse Show will drop their debut EP Falsterbo, out December 10th, via PNKSLM Recordings. The quintet, recently shared the album track “Used To.” The band, is the brainchild of Erik Klinga, who for years had wanted to bring together this musically diverse lineup. It wasn’t until 2020, though, that he moved to Malmö, putting him in a position to make it happen; by his second week in town, he’d proposed the idea, and Horse Show – named satirically after the Falsterbo Horse Show, held annually in Skanör at the country’s south-western tip – were born.

Klinga is best known for his work with the likes of Simian Ghost and Light Vibes; in Horse Show, he’s behind the drum kit again, as part of a quintet that brings together some of Malmö’s finest musicians – all from varying musical backgrounds. Tobias Widman plays bass and sings; you might already know him from indie rock outfits like YAST and Purrpurr. Joining him on vocals and playing guitar is Caroline Landahl, branching out from fronting PNKSLM alums Hater. Frederick Rundqvist and Rasmus Andersson, both of incendiary post-punk outfit FEWS, round out the lineup on guitar and synth, respectively.

For Klinga, it represents a sonic dream team. “I’ve known these people in different musical contexts over the years; I’ve admired them for quite a while,” he explains. “I’d had this image in my mind of a sort of supergroup for a long time. After years of us being scattered all over the country, I was finally able to pop the question to Tobias last spring – just before the pandemic hit.”

By the time virus-related restrictions prevented the band from being in the same space, they’d already made some musical headway; they’d booked a show for April with nothing other than the group’s name, knowing it’d force them into putting together some material. The gig didn’t happen, but the songs were in hand, and when things began to relax over the summer months, they were able to decamp to Studio Sickan, where owner and local legend Joakim Lindberg handled production duties as Horse Show recorded their debut EP to tape in a single day.

“The beauty of this band is that none of use as individuals could make this kind of music with anybody else,” says Rundqvist. “I didn’t want to play super fast like I do in FEWS, and Erik was so excited to get to play drums. When one person wrote one thing that sounded a certain way, we’d try to find a counterpoint to that, so that everybody was represented. We’ve got people who can play riffs, and then people who are melodic wizards. It’s a very satisfying thing when it all comes together and works as smoothly as it did.”

Eventually, Horse Show plan to put together a full-length record, once they figure out how best to negotiate their other bands’ demanding schedules as the music world begins to emerge from the stasis of the past eighteen months. Before that, though, they may already have a locked-in fanbase. “We’ve had a lot of people who are really into horses liking us on Facebook,” laughs Rundqvist. “A few of them replied to the event for the gig we had to cancel, saying they were going to attend. We might be playing to a crowd full of horse fans when we finally get to play a show! I hope they like it.” 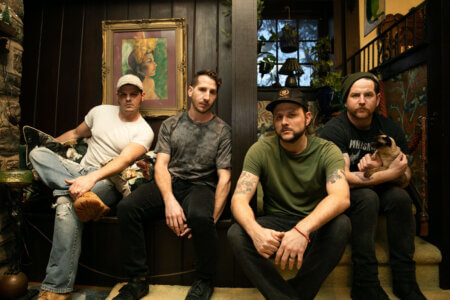