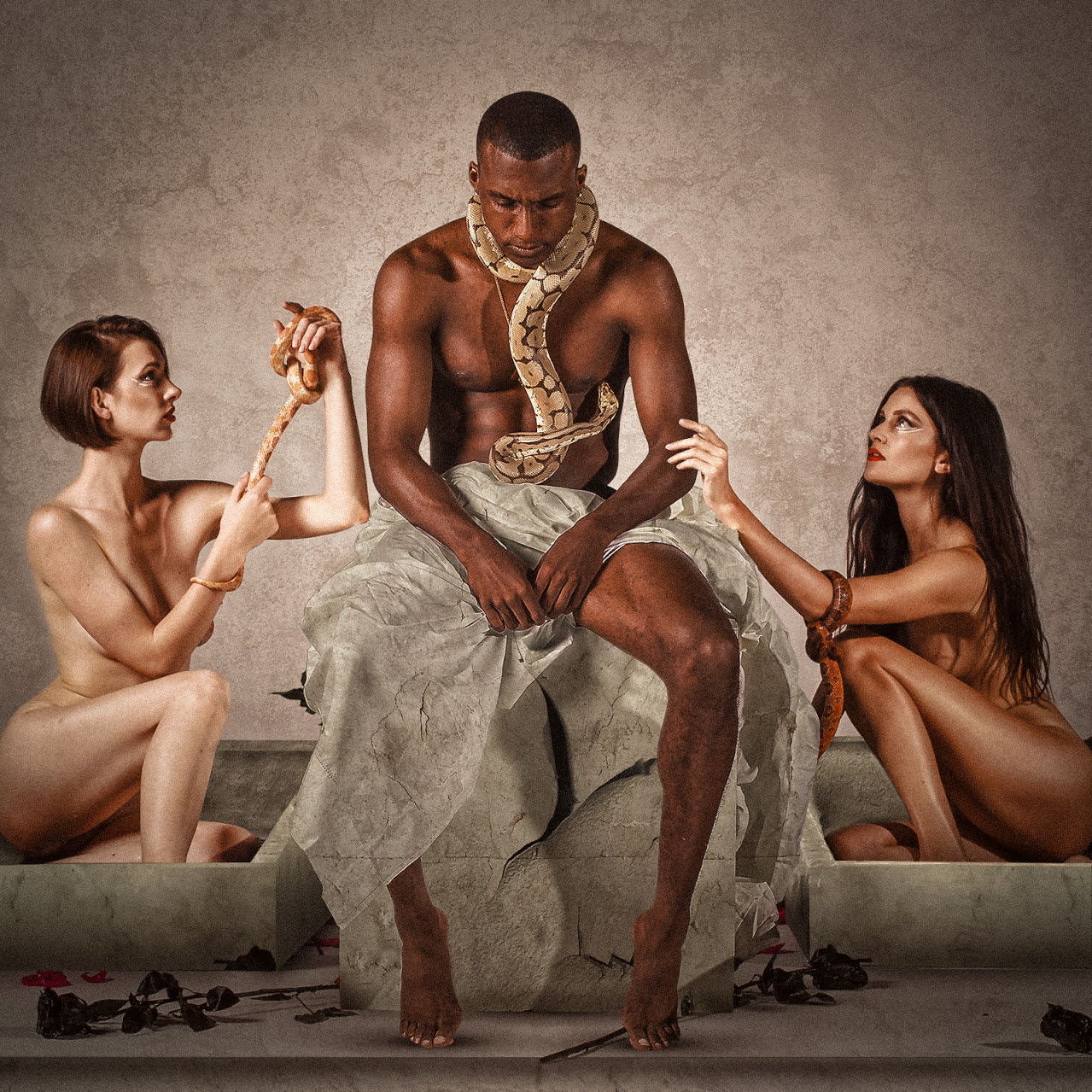 After some troubling years in the industry Hopsin comes out swinging on his latest release. Breaking production norms, Hopsin’s already unique vocal style makes each track a shocking listen and his clever use of skits all the more enthralling. While there are a few more generic hip hop tracks that may even prove a tad bland for devout rap fans, his delivery is consistent and powerful throughout.

Unlike many hip hop albums, Hopsin spins his skit right into the music on “Hotel In Sydney” as he emotionally explains his actions away. Falling in and out of the story as the music rises and falls, there’s a masterful sense of character as Hopsin’s troubling narrative plays out. “Right Here” loses a bit of this sense of magic, especially in its bland chorus. This said the unbelievable flow on each of the verses as even changes his delivery style makes for a gripping listen. He’s able to blend his styles a lot more elegantly on “Twisted” however as his accessible delivery makes his unconventional lyrics and production all the more interesting.

Hopsin keeps his record immersive through the brutally real argument of “Cute In A Suit,” which makes the anger of “All Your Fault – Remix” all the more palpable. The tracks organic instrumentation and choral vocal hooks give a deeply emotional weight to the sense of guilt that Hopsin is trying to rise above. While he’s able to twist the play aspects in a lot more naturally on “Money On The Side” Hopsin still massively overshadows his generic choruses with the frantic verses he drops here.

He hits this issue yet again on “Black Sheep (feat. Eric Tucker)” but in this case he pushes his delivery to one of the album’s most heartbreaking moments on his increasingly immediate verses. As he emulates some Kanye on “I Wouldn’t Do That” there’s a much spookier sense of composition and unbelievably rapid rapping that elevate his song above a simple style cover. Tackling the words people say behind others backs, there’s a relentless sense of eccentricity as Hopsin jumps from character to character without skipping a beat. Thanks to the suave tones of the strings on “I Must Be On Somethin” there’s something immediately catchy about the harmonic hooks that make it feel like his most clever pop tracks of the record.

After the sad voicemail that opens “Tell’em Who You Got It From” the rest of the track rides out its simple beat a little too assuredly, as it slowly grows stale over its extended runtime. “The Purge” however switches back to Hopsin’s fast and terrifying style as he brings the heat to the microphone even faster than before while his backing track matches his tone perfectly. Between these two genius tracks and the music industry comedy of “No Words 2” (that might be a Desiigner spoof gone to hilariously detailed lengths) there’s something that feels all too tactless about “Happy Ending” whether or not the commentary is there.

“Panorama City (feat. Joey Tee)” twists the usual brash production and obtuse sounds of rap with a lot of even stranger instrumentation and makes something just as catchy thanks to Joey Tee’s help. Closing out the record, Hopsin offers his take on party rap on the dynamic “Ill Mind of Hopsin 9” and personal soulful tracks with “Marcus’ Gospel (feat. Michael Speaks)” making for unique listens for his fans and a showcase of his range, even if there’s not much new he brings to either genre. Hopsin brings his finest track however with the album finale “Witch Doctor” as he layers classic hip hop production with natural instruments and his warped sense of writing. The intimidating delivery and slow build of tension makes this a track that will make you want to repeat the album immediately.