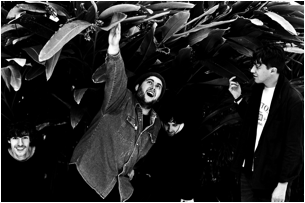 Produced by fellow Merseysider Bill Ryder Jones at his mum’s house, the double A-sided release, available on 7″ and digitally, is an effortless slice of languid lo-fi in the classic Teenage Fanclub, Pavement, Guided By Voices tradition, full of unhurried chord changes and heavy-lidded drumming.

The band signed to Heavenly Recordings towards the end of last year following shows at both Liverpool’s Sound City Festival and the Cassette Store Day event in London.