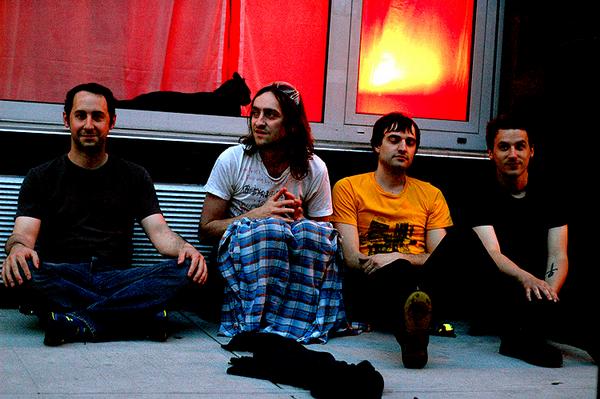 New York based dream-pop group Hooray For Earth will be kicking off the new year with a string of dates throughout the Northeast and Midwest. The group is fresh out of the studio with producer Chris Coady (TV on the Radio, Yeah Yeah Yeahs, Grizzly Bear, Blonde Redhead, etc) recording their follow-up to the acclaimed True Loves out on Dovecote Records.

The group will bring a dizzying amount of distortion and ethereal vocals to the masses starting January 13th in Washington before winding through the midwest including a performance at TNK Festival in Chicago on January 16th with Bear in Heaven, The-Drum and Dovecote labelmates Supreme Cuts, before wrapping up with a hometown show at Knitting Factory on January 31st.

In celebration of these dates, check out the brand new music video for “Never/Figure”. This two-part music video includes both tracks from the band’s single release back in August.  Directed by Milton Ladd, the video weaves a sinuous narrative.  Follow the band into an affected world of psychosis, confusion, and memory replete with smoke signals, helicopters, levitating objects and more.   Frantic visions and effects combine, on land and in the air, to conceive an alternate reality in which there are only questions.