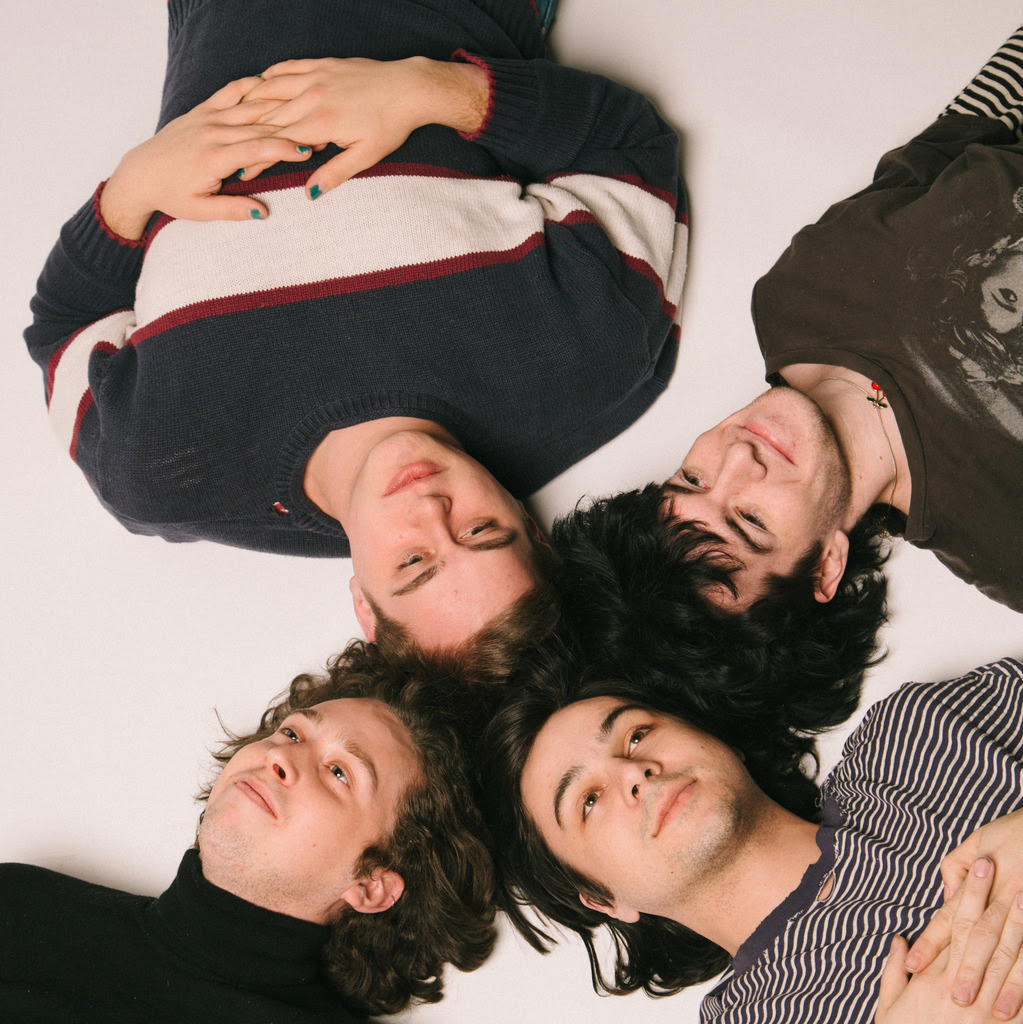 Following the release of their self-titled EP, Hoops have revealed the details of their debut full-length Routines, the album will be released on May 5th via Fat Possum, today Hoops share the record’s first single “Rules”. The band has also announced a tour throughout North America and the U.K., including stops at SXSW, Sasquatch, Shaky Knees Festival.

Hoops was born in frontman Drew Auscherman’s teenage bedroom as a solo ambient and beat-driven project à la Oneohtrix Point Never’s Replica. Auscherman named the band after the hoop houses at the nursery where he worked (not for his home state’s mania for basketball). Eventually he corralled a few of his friends to flesh out his songs, and the music inevitably shifted toward something new: more melodic, more guitar-driven, more extroverted. Fast forward to 2014, Hoops became a fully formed quartet.

Hoops’ full-length debut, Routines is a bittersweet and honest record that sounds both warmly familiar and jarringly distinctive. Whereas their previous releases were recorded on four-track tape machines in living rooms and basements (both their own and their parents’), Routines marks the band’s first sessions in an actual studio – namely, Rear House Recording in Greenpoint, Brooklyn with Jarvis Taveniere (Widowspeak, Quilt). Those sessions, however, were just one step in the band’s careful creative process. After a few months of touring, they returned to Indiana to set up their gear in Krauter’s parents’ basement and began experimenting with the studio-recorded tracks. Some songs they only tinkered with, others they scrapped completely and rebuilt from the ground up. They were determined to make a record that sounded like Hoops.