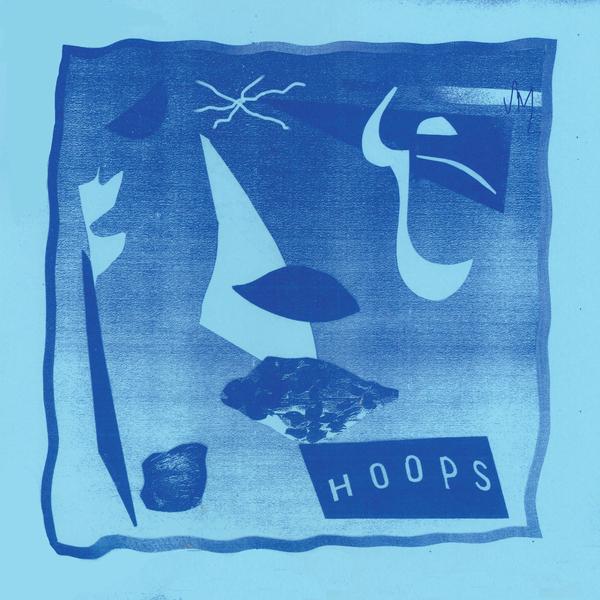 The past year or so has been productive for the Bloomington, Indiana up-and-comers Hoops, who’ve debuted their aptly named Tape #1, Tape #2, and Tape #3 to the attention of critics and online streamers. August 26 sees Hoops release their first self-titled EP, which proves to be their cleanest and slickest grouping of tracks yet.

While they’ve toned down the lo-fi fuzziness of their previous releases, Hoops have kept the laid-back, beachy pop that they’ve come to be known for. It’s easy to compare their sound to Canadian psychedelic-pop sensation Mac Demarco, with their acid-funk rhythm section and jangly guitar, but they set themselves out with their undersold vocals and band synchronicity. There’s space allowed for a guitar solo to slide in or a bass groove to breathe, and it always feels smooth and natural. Within just five tracks, Hoops shows they can jam over any tempo, brisk or hazy, and seamlessly transition between each.

“Cool 2”, a previously released single, kicks off the album. It’s a quick, lively track (besides the ambient vocals) with a great pre-chorus melody that will get stuck in your head immediately. “Yeah” slows things down and holds back the guitar in favor of a fluid bass groove. The best part of that track (and one of the most interesting segments on the EP) is the brief Latin-funk breakdown that the rhythm section goes into to fade out of the song; a glimpse of some stylistic variety that would greatly benefit larger future releases.

“Going Strong” has a soft, cutesy melody reminiscent of 80s love ballads, though with furious drumming building beneath. “Give It Time”, for me, was by far the strongest track of the bunch. There’s an insanely catchy verse that makes every instrument feel vital to the whole and yet engaging enough to stand alone, before the whole band winds down into a slow, sleepy chorus. Another highlight of the album is the impressive guitar solo that weaves in before a bandwide jam closes out the track. “Gemini”, another previously released single, features falsetto vocals and the best bassline yet, building into a chorus crescendo that serves as a nice cap to the EP.

Hoops self-titled EP is an understated show of young talent that promises truly great things to come in the future. Every part of the 4-man piece feels essential to the overall sound, and every track (though not wholly original or fresh) feels like a worthy slot in the tight five-song experience. What really excited me were the slivers of unique instrumentation that shone through the cracks in the pop conventions—hopefully Hoops will let their style expand and flex their evident skill.