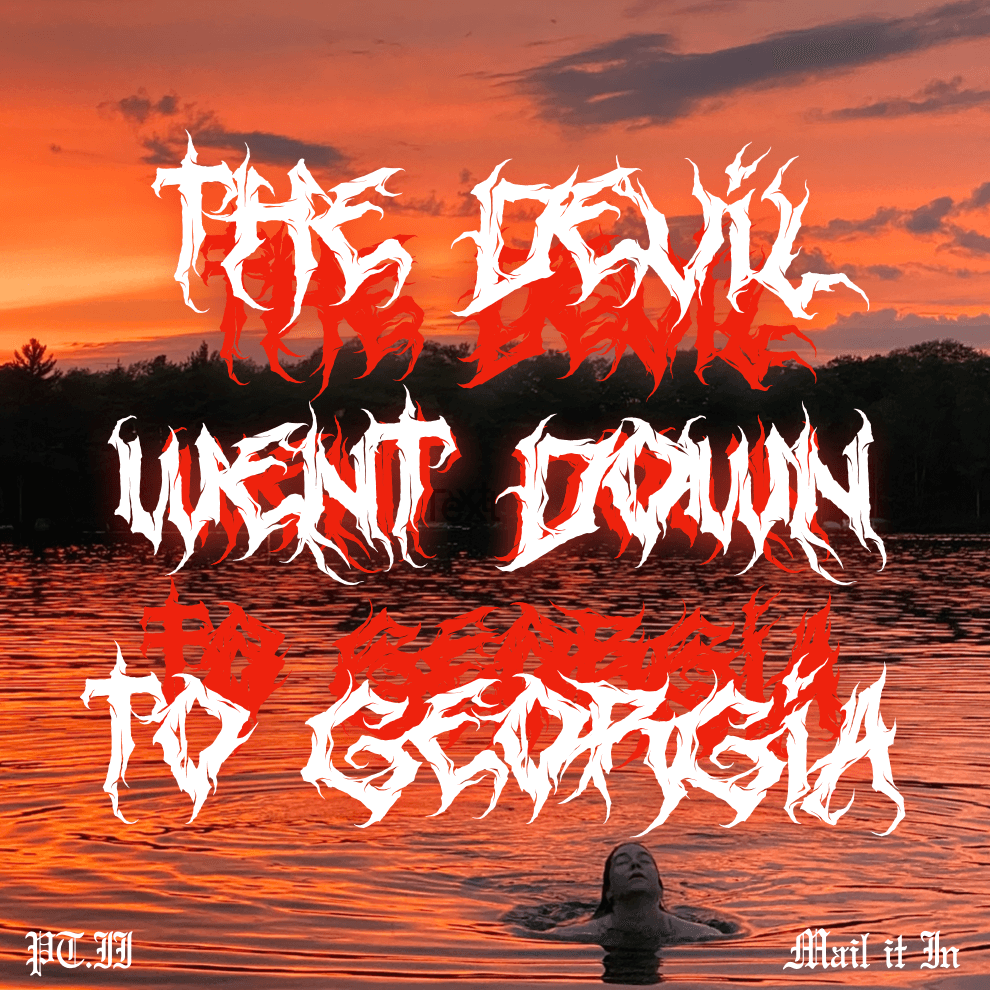 Honey Harper "The Devil Went Down to Georgia Pt. II (Mail It In)"
Share on TwitterShare on PinterestShare on PocketShare on RedditShare on FacebookShare on Email

Honey Harper, has released “The Devil Went Down to Georgia Pt. II (Mail It In)” the cosmic country persona of musician Will Fussell, dropped his debut album Starmaker via ATO Records in March. The song an updated version of the 1979 Charlie Daniels Band classic. Harper was born and raised in Atlanta but no longer lives there; the track reflects his disillusionment with the state and the country’s current state of affairs as well as his support for mail-in voting in this November’s election. “Oh my, what a surprise and, baby, how time flies, that damn demon’s on TV,” he sings. “Same vain fool who tucked his tail then laid that fiddle at my feet / Looks like I’m gonna have to mail it in after all / ‘Cause I ain’t going back to Georgia at all.”

Harper and his wife and collaborator Alana Pagnutti issued the following statement about the track:

We’ve always believed in allowing people to interpret our lyrics in different ways and find their own personal meanings in our songs. With this song and video though, we want to be explicitly clear with where we stand: