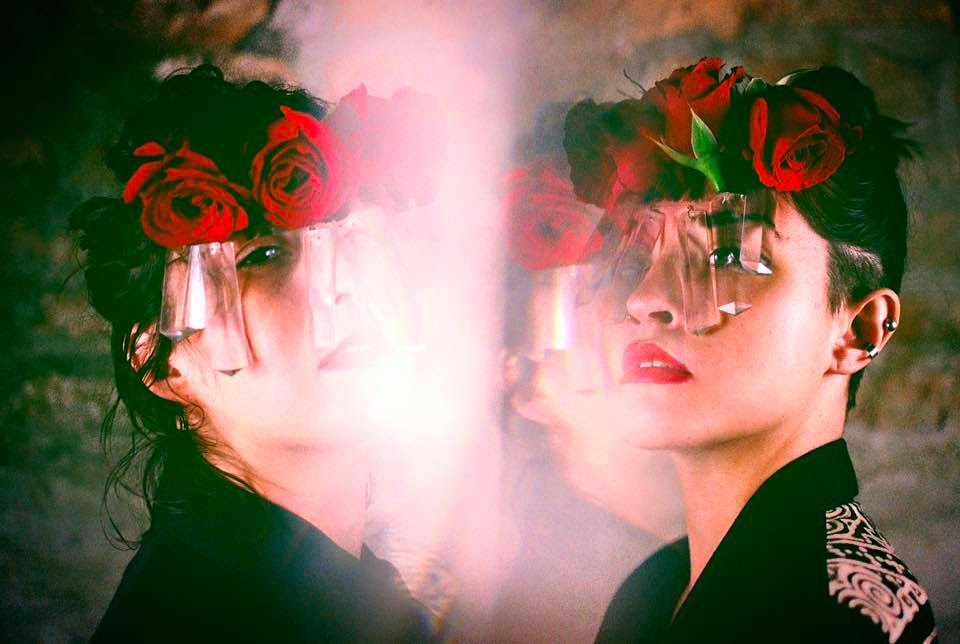 Homme, the new experimental rock project by Chicago-based singer-songwriters Macie Stewart and Sima Cunningham, are streaming their their self-titled debut (Out This Friday, November 13th via Foxhall Records). The 6-track EP was produced, engineered, and mixed by Dorian Gehring and mastered by Neil Strauch. All instruments were performed by Homme with the exception of track 5, which features Neil Parker on lead guitar. The self-titled debut premiered earlier today.

Additionally, Homme has partnered with leading fan-site WelcomeToTwinPeaks.com to premiere their live re-imagining of “Rockin’ Back Inside My Heart” from the soundtrack of David Lynch’s TV cult classic Twin Peaks. Originated by Julee Cruise with music by Angelo Badalamenti and lyrics penned by Lynch himself, today marks the song’s 25th anniversary. The slow-burning dream-pop ballad flourishes in Homme’s capable hands, imbued with a gritty, off-kilter twang, and lush harmony-laden vocals. Anchored by its spaced out arrangement and sing-song motif, the duo honors the eerily enchanting feel of the original recording, while incorporating their own distinct aesthetic. Directed and edited by Cameron Crosson, the visual matches the song’s unsettling, vibe:

To celebrate their official launch, the duo will play two release shows: one in Los Angeles at The Lost Room on Sunday, November 15th, followed by a hometown show at The Hideout on Tuesday, November 17th. Additional tour dates in January TBA.

While Homme draws influence from indie rock, roots, and Irish folk music traditions, and invokes the astute fearlessness of PJ Harvey, Kate Bush, and St Vincent — the project was ultimately inspired by Chicago’s free improvisation scene. “We wanted an environment where we could experiment with instrumentation and songwriting and not feel like we had to make it fit any one thing in particular,” Stewart explains. “It’s very honest and in-the-moment music.”