HOMESHAKE is the latest pseudonym and solo project of Edmonton-born, Montreal-based Peter Sagar. Having previously recorded with Mac DeMarco and Sheer Agony’s Jackson MacIntosh, Sagar is now poised to release his debut album as a solo artist, In the Shower, via Sinderlyn on October 7th.

Today we share the first cut from the album, “Cash is Money.” The track premiered just premiered. Listen for yourself below.

Musically, Peter has long been influenced by the icy landscapes of his home in Canada. Smooth, cool and relaxed, In the Shower soothes the listener with its smooth bass lines and groovy, jazz undertones. The album was recorded in the Winter of 2014 at the Drones Club in Montreal with the help from friend and confidant Mike Wright.

In the Shower will be released on October 7th via Sinderlyn. All cover artwork for this new HOMESHAKE release was born at the hand of Peter’s better half, Salina Ladha. 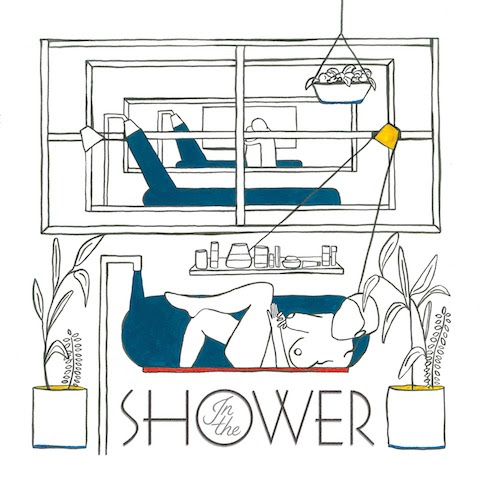 In the Shower Tracklisting1. She Can’t Leave Me Here Alone Tonight2. Chowder3. Doo Dah4. Making a Fool of You5. Michael6. Cash is Money7. Okay8. Slow9. The Shower Scene10. Home at Last