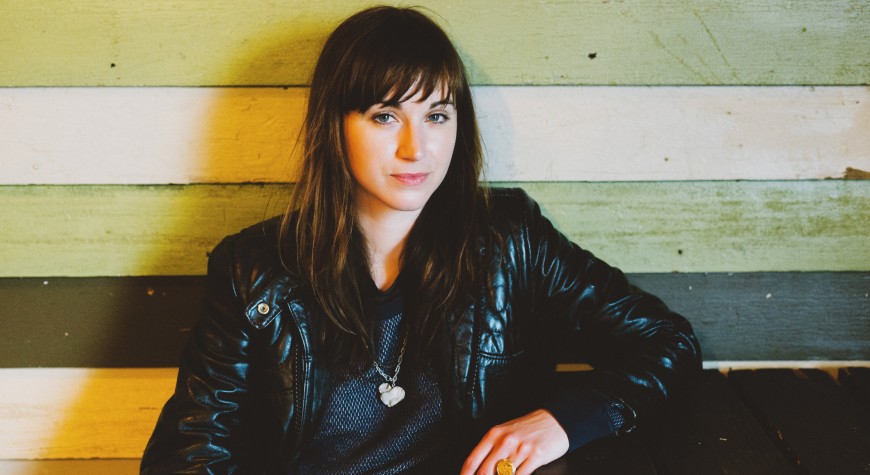 Holly Miranda has shared the new single “Exquisite” which features T.V. On The Radio’s Kyp Malone. The site also did an Origins feature that explains Holly and Kyp’s influence for the track. When talking about the song/Kyp Malone collaboration Holly says, “…we decided to write a song together, partly about our longtime friendship and conversations about taking inventory and responsibility for your mistakes and shortcomings.” Holly’s new album is due out next winter.

I’ve always been a proponent of not making the same record twice,” Holly Miranda says. “Some people find a niche and go with that, but I need to try something different every time.” That’s more than apparent on “Exquisite” first new material released by Miranda since 2015. More than just an artistic step forward, it’s a whole new way for her to make music. “This really is the most collaborative record I’ve ever done,” she says. “It’s first time I’ve shared so much of the writing and the production, the meat and bones of making an album.” This song finds Holly bridging the gap between 2010’s experimental synth laden release The Magician’s Private Library and her stripped-back, soulful self-titled record.

Miranda grew up between Detroit and Nashville, two music towns that would influence her own journey in a very profound way. She began playing piano at the age of six, taught her self-guitar at 14 and moved to New York at 16 to start her professional career. For nearly 20 years, she’s been performing, writing and producing with some of the best talent in the business. She has performed with the likes of Karen O, Lou Reed, The XX, and Lesley Gore. She released two records with her band The Jealous Girlfriends and has co-written and produced a mass of other projects.