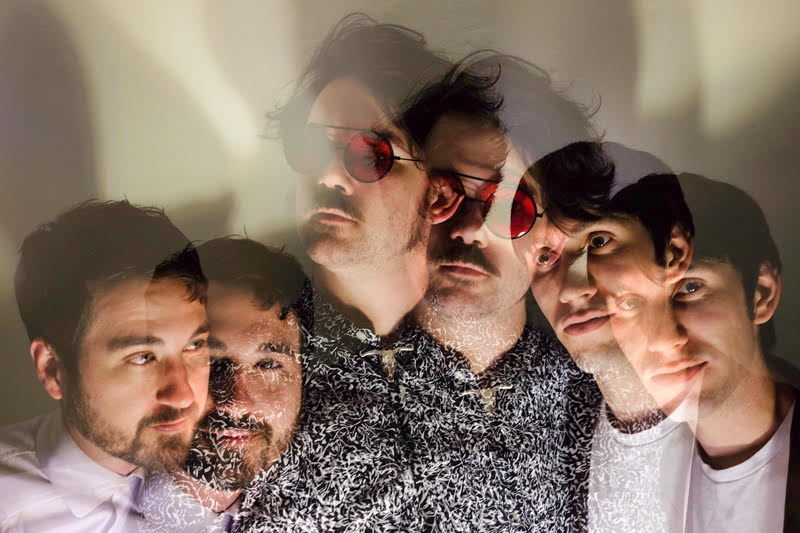 Los Angeles band, Hollow Fortyfives are preparing to release a brand new EP, Weekender, on March 6th via Baby Robot Records. The new EP was primarily recorded at East West Studios in Los Angeles, with vocals being recorded in guerrilla after-hours sessions at the legendary Capitol Studios. Hollow Fortyfives are comprised of drummer/vocalist Travis Corsaut, bassist/vocalist Brett Incardone, and guitarist/vocalist Lucas Renberg. Ahead of the album’s release the band have shared the heartfelt and honest single “Vanilla Pain”

Vanilla Plain is about anxiety. I went through a rough patch for a while and when I was able to get my footing back, I realized there was this pending fear that it could happen again. I wasn’t really intending to write about something that intense, but that’s what came out.

The “worried whisper” is just a metaphor for the little voice in your head that tries to talk you out of things. Sometimes you just gotta stop being afraid of something and take a risk even if you seem destined to fail. Sometimes that pays off and you have a lot of fun or experience something new.

That’s where I think it fits in on Weekender, it’s like, get out of your funk and do something, anything’s gotta be better than living in fear. Like, what if someone loved vanilla ice cream so much that they never even tried chocolate or strawberry or any of the other millions of flavors that exist. I guess what I’m saying is, that I know it’s hard sometimes, but maybe that’s the tipping point. Maybe you make a change and that helps, or maybe it doesn’t, but at least you tried and that’s enough. Just trying is good enough when it’s the last thing you wanna do.