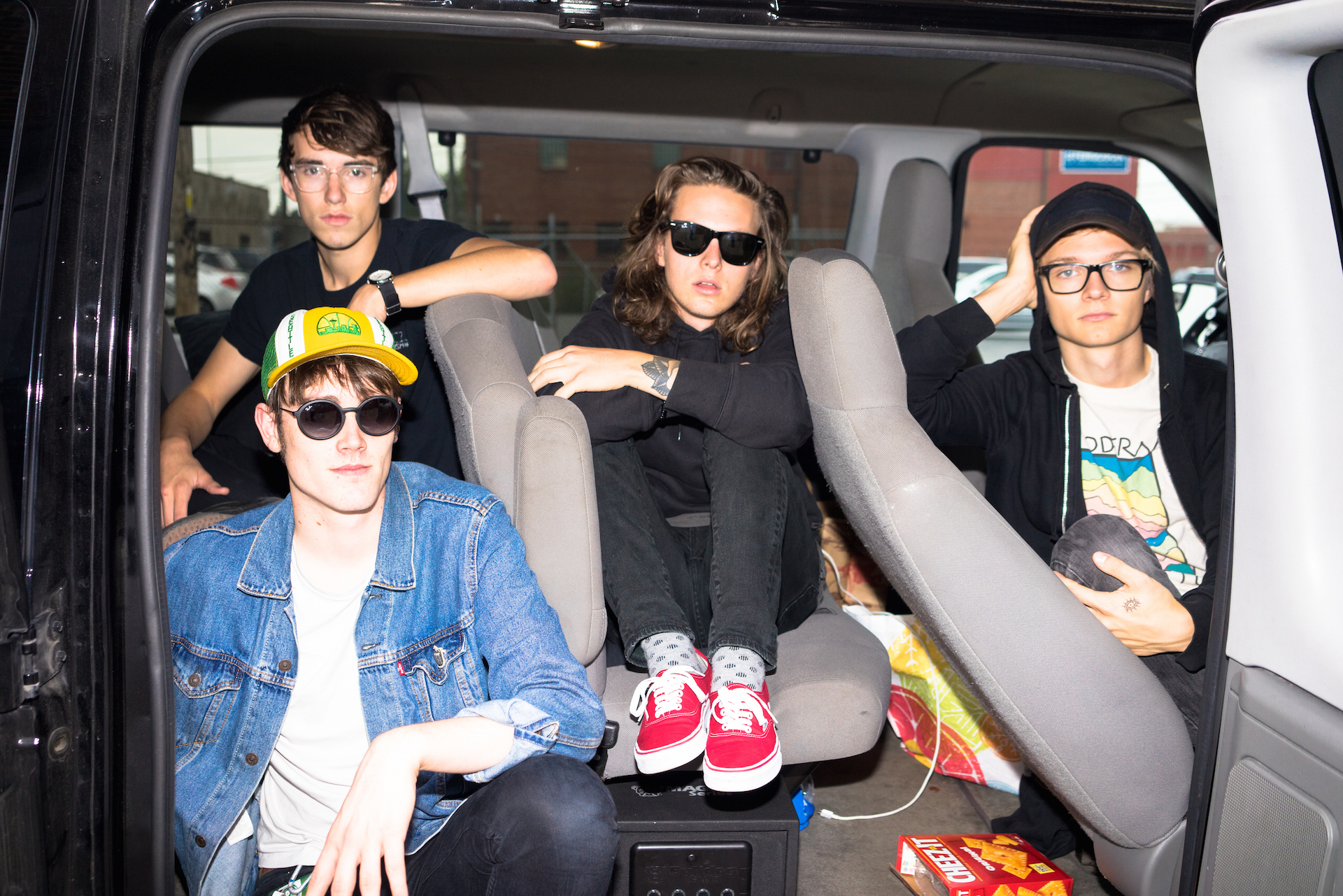 Hippo Campus have released a new VR video via the Creator’s Project for “western kids”. The track is off the band’s current release Hallmark, now out on Grand Jury. Hippo Campus start their tour on July 8th in Duluth, MN.

“We really liked high school,” bassist Zach Sutton notes, laughing. As their backstory unravels, it’s easy to understand why: The four young men in Hippo Campus first met while attending the St. Paul Conservatory for Performing Artists, a rigorous charter school in downtown St. Paul, Minnesota that prepares music students for the fast track to college conservatories and it quickly positioned music at the very center of their young lives.

“Music is such a vague thing. It’s very subjective, it’s very sentimental, it’s very abstract,” Nathan muses. “So a lot of people probably don’t have any sort of training to actually talk about it, you know. And so going to a conservatory, we were able to develop our tongue, I guess, so we could communicate more easily. Not necessarily when we jam, because that’s all feeling. But when we’re trying to decipher what it all means, that’s where the language can come in handy. It’s a pretty mutual understanding.” Nathan, Zach, and drummer Whistler Allen all participated in the school’s jazz program, while Hippo Campus’s lead singer, Jake Luppen, studied classical music and developed his voice by singing opera.

“Studying classical music allows you to adjust your voice to get multiple tones, similar to a guitar or any other physical instrument. It’s like another way of singing.” Jake notes. Anyone who has heard Luppen sing knows exactly what he’s talking about: he approaches melodies in swooping lines, making octave jumps and sudden high notes look effortless. The playful elasticity of his voice is at the very center of Hippo Campus’s bright, optimistic, and emotionally resonant sound, and his melodies play a starring role.

“There were a lot of questions when we were writing Bashful Creatures,” says Jake. “I think we were asking a lot of questions through the songs, and just with ourselves in general. Is this what we’re doing? Zach and I were in college, figuring a lot of stuff out. It was just a very formative time, and a lot of those songs represent those growing pains. There are a lot of themes in there with brotherhood—that was a big part of us banding together and writing this music, to kind of push through this really crazy, formative time in our lives to just be like, This is what we want to do.”