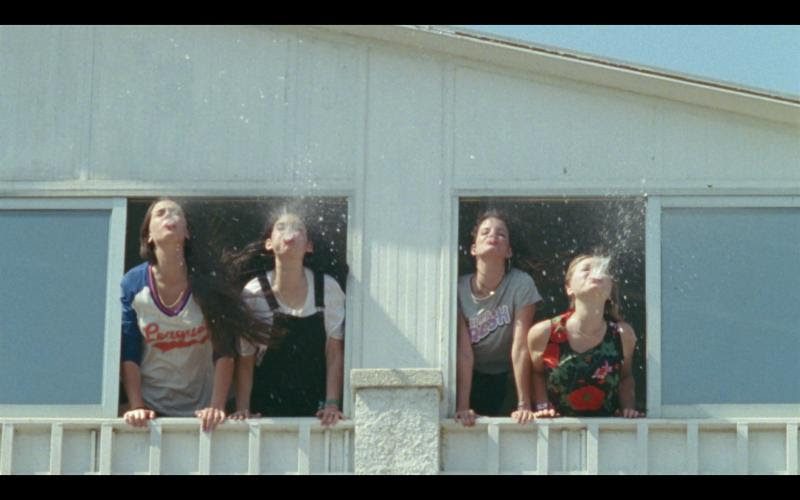 Hinds recently announced their debut album Leave Me Alone, set for release at the top of 2016 via Mom + Pop, but North American fans don’t need to wait much longer to hear what the fun-loving four-piece has up their sleeves as they kick off a tour tomorrow in the U.S. and Canada. To celebrate the tour – which sees Hinds headlining shows with Public Access T.V. and supporting Glass Animals before they head back to Europe for Pitchfork Paris and Iceland Airwaves – the band shares a new, double music video/short-film for their cover of “Davey Crockett” and The Parrots’ cover of “All My Loving,” which was released earlier this year as a split 7in. Directed by Marc Oller and produced by CANADA.

When asked about the video, the band said this: “We are 7 dudes born and raised in Madrid and we’ve been friends since ever; we’ve lived from our puberty years to currently issues like not having money to pay the rent or recoding our firsts albums. we did a split 7” vinyl with BURGER RECORDS with two covers of songs we both usually end our gigs with because we love them. so suddenly the idea of shooting a movie with CANADA (our music-videos-educator) was kind of a dream. plus, this one is the first not-home-made-music-video for both bands. Felt great. But keep the budget low.”

Since bursting onto the DIY scene last summer, Hinds have worked out a raw and playful sound all their own. Leave Me Alone – twelve lo-fi tracks inspired by contemporary American garage rockers like Mac DeMarco, Ty Segall and The Black Lips – serves as the perfect introduction to the Spanish quartet who are pioneering the burgeoning indie music scene in Madrid. Now with their debut on the horizon, Hinds are firmly establishing themselves as one of the most exciting emerging acts of the year and show no sign of slowing down.

Leave Me Alone will not arrive until early next year, so Hinds will have a six-track tour EP on the road with them entitled Very Best of Hinds so Far which features “Davey Crockett.” The EP can be digitally downloaded now or the white vinyls can be pre-ordered. They will be available on October 9th.