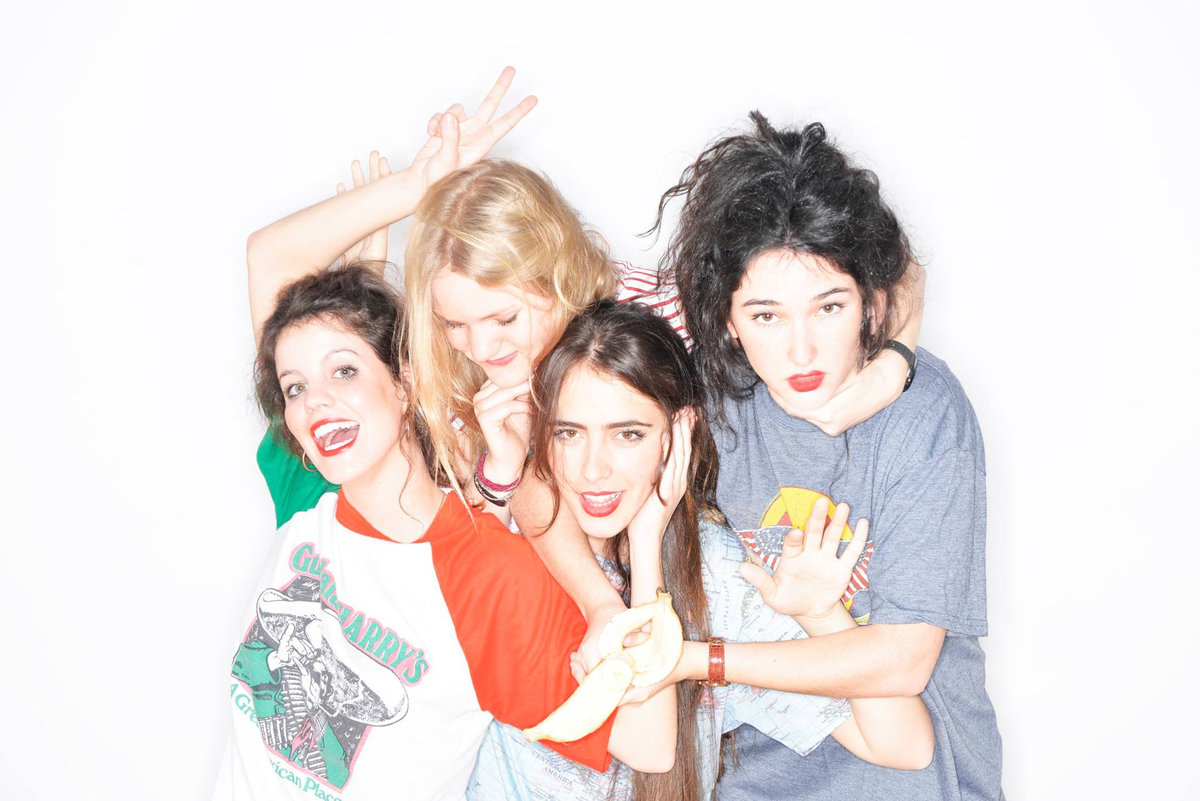 Today, Everyone’s favourite band from Madrid, Hinds, have released the deluxe version of their debut LP. The album features b-sides and rarities, Leave Me Alone Deluxe offers never-before-seen peek into the world of Hinds with cell phone demos. These demos, give fans an exclusive look into the band’s songwriting process as they created their debut. Leave Me Alone Deluxe is out now. Tracklisting and a note from Hinds are below. Hinds are playing tonight in Brooklyn NY.

To celebrate the release of the deluxe album, Hinds are also sharing a brand new song and live favorite “Holograma.” Their first Spanish language release, “Holograma” is a cover of a song by Los Nasty’s – a fellow Madrid based band who were an inspiration to, and are now friends of, Hinds.

A message from Hinds about Holograma:

first of all, you’re gonna notice this song is in spanish (OMG!)
second of all, you have to know we didn’t write it (OMFG!!!)
so with these things you would probably wonder what made us think it’s a good idea to record this song and release it??
are hinds going crazy and they don’t like their own songs already?!
NOOOOOOO! neveeerrr!!!!
the thing is this song is from Los Nastys,
the thing is that covering this song was the beginning of this band (or at least one of them, ’cause our beginnings are v confusing), it was the first thing we played after a break of almost 2 years..

and covering songs from bands you love used to be a great tradition that people don’t do that much anymore. but the real thing is that we think Los Nastys are the best band in the world. since ever and forever. and that’s all we have to say about this.