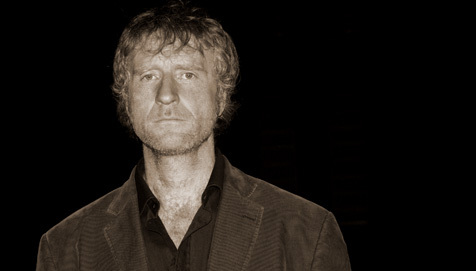 While cycling around his home-district of Peckham (in southeast London) a few years ago, Sean O’Hagan decided that not only would the new High Llamas music be driven by narratives, a collection of stories, but they would first have to be performed as theatre; reshaped theatre, if you like, blending stories, songs and soundtrack. The resultant piece, Here Come The Rattling Trees, introduces six characters, some real, some less so, whom Sean has encountered over past years in Peckham. First performed in the Montpelier Theatre pub in Peckham in June 2014, and in October 2014, Here Come The Rattling Trees played for a week-long run at the Tristan Bates Theatre in Covent Garden, London.

The story centers around Amy, an unsettled 28-year old with a desire to travel. She finds herself in Peckham Square working in temporary employment publicizing the re-branding of the local leisure center. Peckham Leisure will pass from public ownership to private management and while leafleting in the square Amy encounters five characters, who, it transpires, have their own stories to tell. These stories have emerged from Peckham over the past 25 years and speak of buildings and change; of hopes, ambitions and disappointments.

Sean and the High Llamas have crafted musical sketches with the signature “Llamas” sound that has evolved over ten album releases since 1992. A colorful array of electric, acoustic, and synthetic instruments, alongside Sean O’Hagan’s gentled vocals, are deployed to transport the listener to the low-key highs and lows of the British working week – an incisive, sympathetic view to the wonders slipped in between the pages and too often passed over in everyday life.