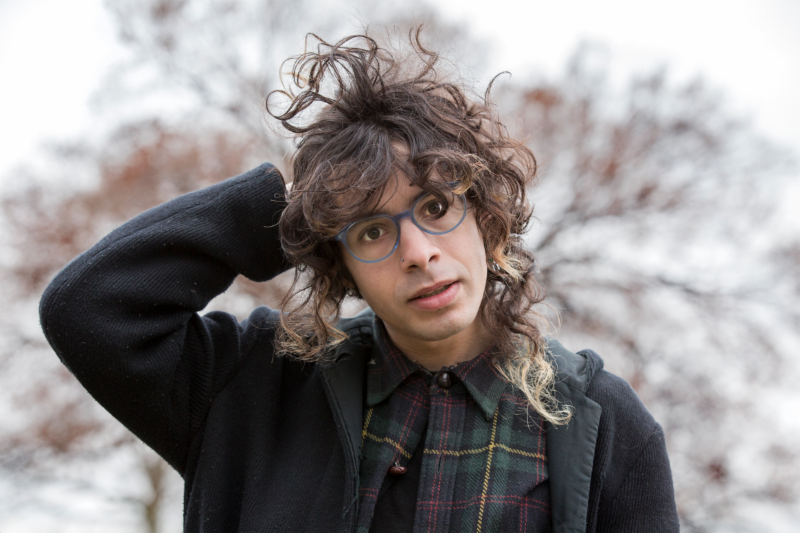 Told Slant is the songwriting project of Felix Walworth (They/Them), Brooklyn-based lyricist, producer, founding member of The Epoch collective, and drummer of Eskimeaux, Florist, and Bellows. Walworth started the project in 2011 as a means of marking a stylistic shift in their songwriting, specifically a shift toward understated, ambling arrangements and simple, illustrative lyrics.

Told Slant’s debut LP, Still Water, was self-released in 2012, then re-released and pressed to vinyl by Broken World Media in 2014. The band is scheduled to release their next full-length record,Going By, with Double Double Whammy in the summer of 2016.

Though Told Slant functions more like a “solo project” in its recorded state, its live incarnation is arranged and performed by Walworth and Epoch co- collaborators Emily Sprague of Florist (She/Her, They/Them), Oliver Kalb of Bellows (He/Him), and Gabrielle Smith of Eskimeaux (She/Her). Sprague, Kalb, and Smith bring their particular sets of influences and intuitions to the band’s live sets in a way that draws out more energetic and dynamic arrangements from the songs.

Told Slant’s members live in Brooklyn, NY, and tour actively. The band will be on tour in May, June, and July with The Hotelier in support of their new release, Going By.