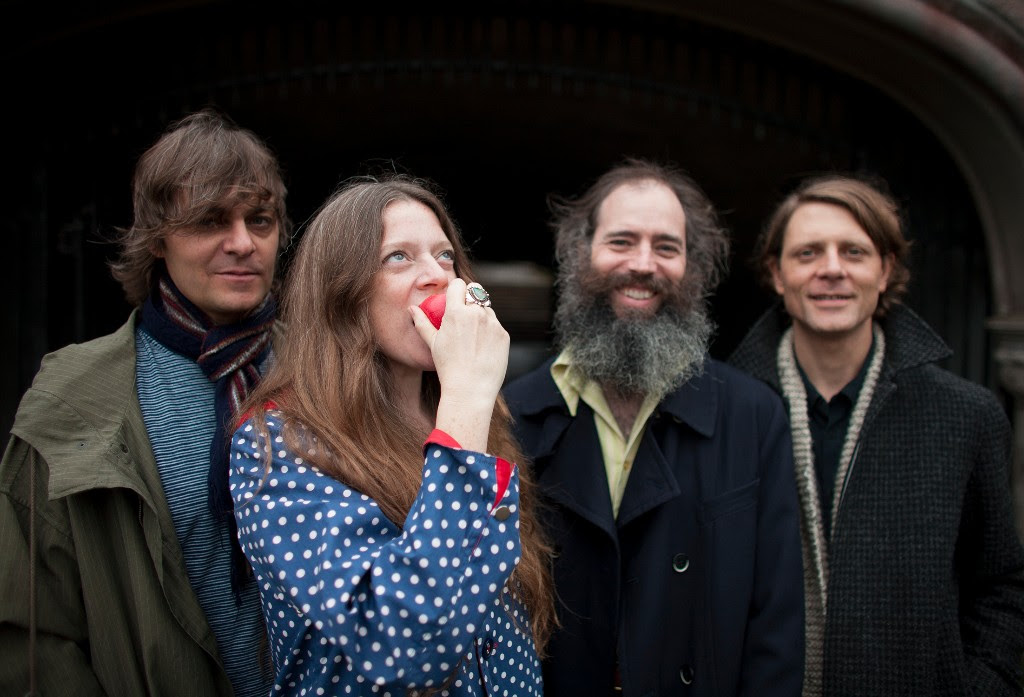 Heron Oblivion will release its self-titled debut March 4th through Sub Pop. The album, which includes the tracks “Oriar”, “Beneath Fields”, “Your Hollows”. and “Sudden Lament”, was produced and mixed by the band in San Francisco at The Mansion.

The band will appear at Austin’s Levitation Festival April 29th-May 1st. There will be additional live dates announced soon.

Kim Gordon included Heron Oblivion on her “Best of 2015” list in the December issue of ARTFORUM and had this to say: “A five-minute sound check, but the best sounds of the night. The rudimentary PA system kept their Pentangle-meets-Bardo-Pond (but with more precision) sound swirling nicely, creating a humming musicality without the sharp edges ever bringing it down to earth.”

On the West Coast side, Ethan Miller and Noel Von Harmonson were together in the mighty Comets on Fire. Noel did time afterwards with Sic Alps and Six Organs of Admittance, while Miller settled into a new level of interactions with Howlin’ Rain and Feral Ohms. Charlie Saufley resided at the psychedelic pop fringes with his band Assemble Head in Sunburst Sound (kindred spirits to Comets to be sure.) He was joined in California by Meg Baird of Philadelphia’s Espers. The East Coast connection, Baird was an already-established leading light in the modern psych-folk canon both in Espers and as a solo artist, as well as original drummer for Philly’s post-hardcore degenerates Watery Love.

Ethan and Noel were loosely jamming in an improvisational unit called Wicked Mace at this point. Via osmosis, Charlie and Meg came floating in for weekly hangs that still resided in a somewhat free zone. “We just did pure improv’ for a few months under no pressure to ‘be anything’ or ‘be a band'”, says Miller, “I think Noel and I sort of pushed for the idea of Meg on drums, me on bass, and Noel and Charles on guitars just to mix it up a bit, get outside our usual mold a little.” Though Noel and the newfound rhythm section took roles with instruments they were familiar with—but not particularly known for—ideas bubbled up quickly, and each member contributed to the songwriting process. “As expected, Charles and Noel had killer guitar chemistry, incredible fuzz sounds, symbiotic interplay,” Miller recounts. Though a multitude of other parallel musical projects kept the pace slow for the foursome, it moved steadily forward—and down paths much less trodden and familiar for the players involved. It was something new, unfamiliar, and invigorating to say the least. Eventually, seven songs were tracked at Eric Bauer’s San Francisco studio “The Mansion,”.

The group first properly gigged in April of 2014 opening for War On Drugs. They finished the record independently, then inked a deal with Sub Pop in early 2015. Most recently they toured the West Coast with Kurt Vile and Cass McCombs.