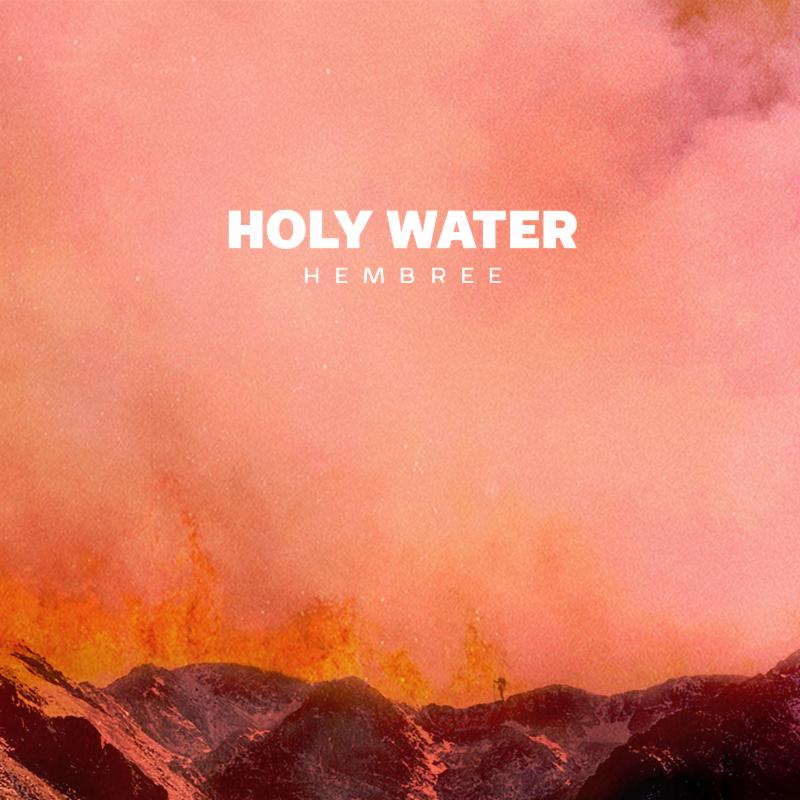 Earlier this year Hembree, the three piece band from Kansas City, decamped to famed Sunset Sound studio in Los Angeles for initial sessions with Chris Coady (Beach House, Future Islands, Yeah Yeah Yeahs). After returning to Kansas City Hembree’s Isaac Flynn decided to table those sessions and take a different approach: “After ‘Can’t Run Forever’ came out I was feeling the pressure to make our second single bigger and better and found myself putting limitations on my writing. After being frustrated for several months I decided to record whatever I want; just let it all pour out.” With that mindset Flynn quickly recorded “Holy Water,” bringing in Eric Hillman (Foreign Fields) for additional production and mixer Joe Visciano (The Kills, Jamie xx, and Beck) to round things out.

Hembree is the brainchild of Flynn who along with Eric Davis (keyboards, synths) and Garrett Childers (guitar, vocals) forms the core of the group. That Flynn found himself as the creative force behind a band is no surprise given his DNA which includes a family of musicians and parents who owned the well-regarded guitar store (Mass Street Music) in Lawrence, Kansas.

In these troubled times, “Holy Water” strives to put forward a message of positivity and hope. Says Flynn, “The song started with me making a conscious decision to stop letting the bad win. It was time to start embracing the obstacles and then doing my best to overcome them. I really just want to be true to myself and good to others, and I want the same for other people. Perhaps that’s the message from this song.”

“Holy Water” was mixed by Joe Visciano (The Kills, Jamie xx, and Beck). The single, is the follow up to the band’s previous “Can’t Run Forever.”