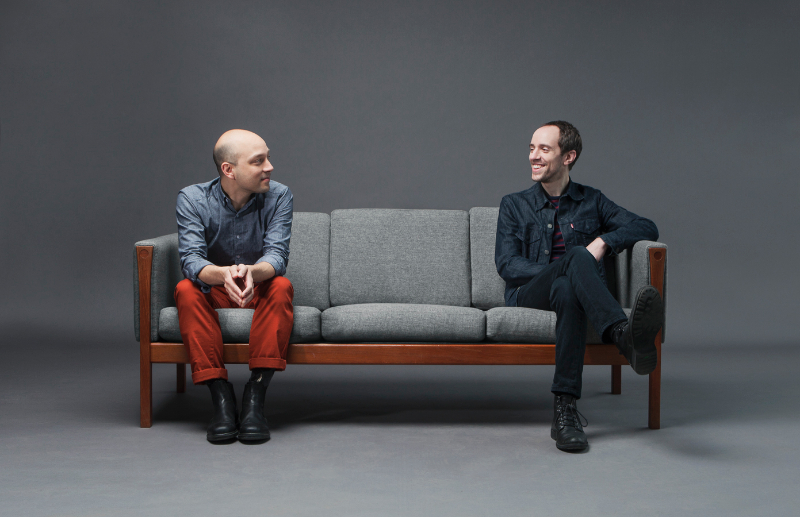 The Helio Sequence have revealed the release of their new self-titled album, due for release on May 18th & 19th on Sub Pop. The album’s singles include highlights “Stoic Resemblance,” “Upward Mobility,” and “Battle Lines,” was produced & mixed by the band in Portland, OR and mastered by Greg Calbi.The band has shared the first track “Stoic Resemblance.”

The Helio Sequence have planned a lengthy tour in support of the album, starting with an acoustic performance on March 31st in Seattle at The Triple Door.

The self-titled sixth album by The Helio Sequence began with a friendly competition. Several of the duo’s friends within the Portland, Oregon music scene had been playing “The 20-Song Game.” The rules were simple, playful and ambitious: Songwriters would arrive in their studios at prearranged times and spend all day recording 20 complete songs. When they were finished, they’d have a party, listen to the results and talk about the process—of taking the good with the bad, of letting creativity push past constraint, of simply making music in the moment. Brandon Summers and Benjamin Weikel took the spirit of the “The 20-Song Game” to heart, and forged ahead writing a new record.

When June arrived, the duo gathered their 26 finished songs and sent them to 31 friends, fans and family members. They asked each person to rank their 10 favorite tracks. By summer’s end, they had arrived at the brisk 10 tracks that shape the breathless and magnetic The Helio Sequence—a record so named because it’s a kind of clean restart for the longtime pair, a revamp of their process and a revitalization of their results.