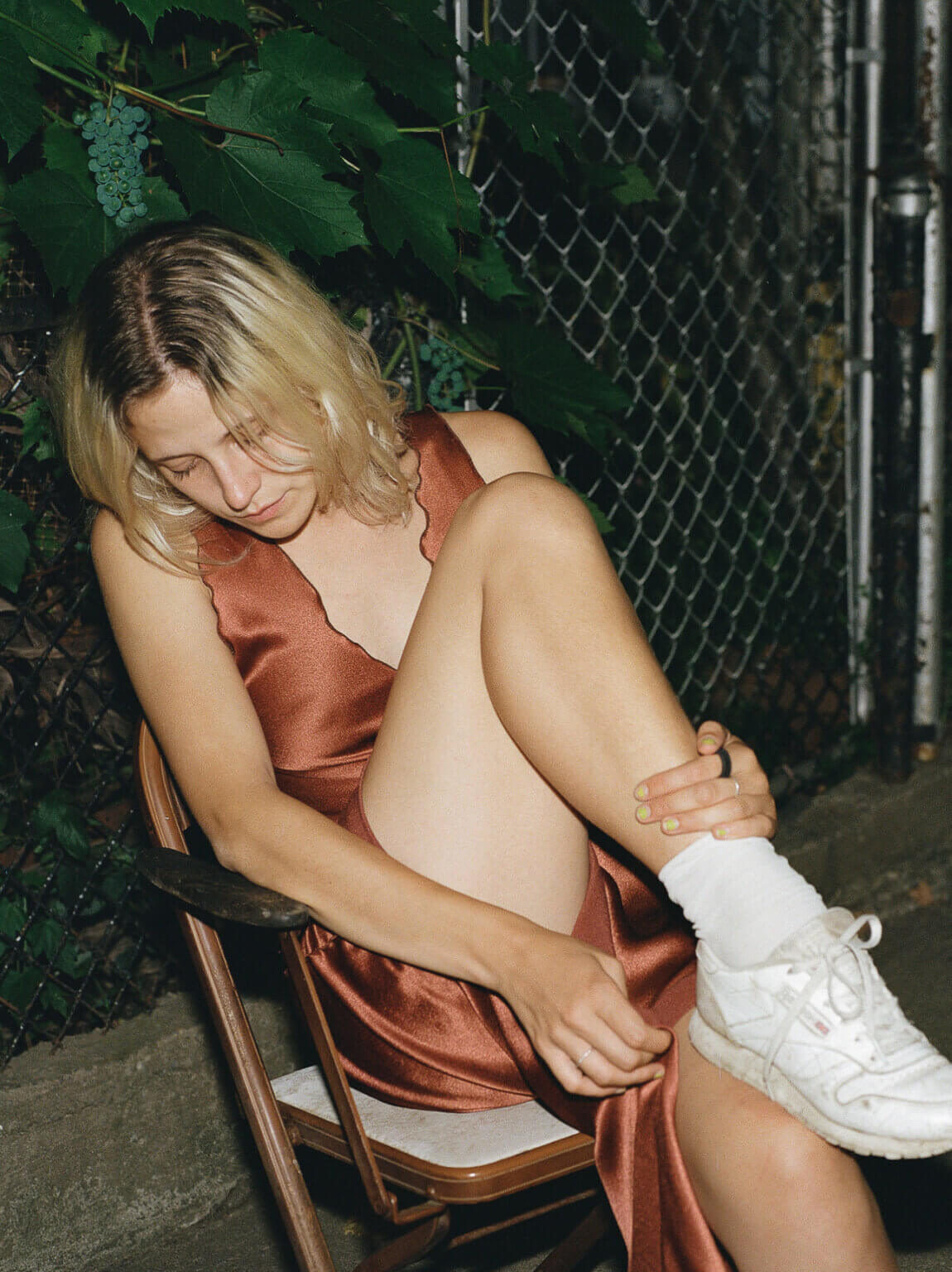 Is it possible to have complete control of your own art? There has always been talk about certain artists that seem to have a masterful sense of power over the art they create. As if it’s all easily controlled by the innate talent that dwells inside of them. While the technical aspects of your craft can be learned and manipulated over time, even the most experienced need to relent to whatever the muse is that drives their need to generate material.

Helena Deland asked herself these questions when writing and producing the songs that would become her full length debut album, Someone New. The record is a masterclass in how to pair wonderful songwriting with the type of production that not only compliments it, but helps to bolster it. Something New explores topics from gender, aging, control and questioning if control is an illusion we carry with us or something that can actually be achieved. The wonderfully thoughtful Montreal based artist had just come off a series of EPs, 2016’s Drawing Room and the four volume From The Series Of Songs “Altogether Unaccompanied”, and with Something New felt that she has captured to tape the type of collection that stands up on its own as something she feels comfortable calling her debut album.

“I had an idea about what I wanted the narrative format of a record to be, especially for a debut,” the laid back and charming Deland explains when we reach her on the phone at her Montreal home. “These weren’t just the songs I had written between a certain date and another. I had really gone at it in a general sense of it being a group and it turned out. I like this as a record and I’m glad that it’s of a piece. I think with anyone’s songwriting process, especially myself, it’s hard to sit down and say ‘today I’m gonna write a song’. When I wrote “Someone New” it just kind of hit me that I wanted the narrative of the record to revolve around that song.” Starting off with some swelling synths, that track bursts open into a beautiful kaleidoscope of colour that underscores the feelings inherent in being someone who is under constant scrutiny and also the idea that somehow someone’s youth and self understanding are rarely synonymous. Deland does emphasize though that while this can be read in many ways, it is something that she intended as a more personal than professional statement. “I feel like when I expressed that, it was actually really pessimistic,” she says with a chuckle. “That idea of one’s prime being at the same time that they are so young is derived from a sexism that we’ve all grown up with in TV shows and movies and I come from a very suburban environment and while my parents are super supportive but I feel like I’ve come from a place with a very ‘settle down’ spirit. My mom was pregnant at the age I am now and with time and so much always changing, it hit me, entering my late twenties that ‘time’ was happening to me. There is definitely a correlation with it all having to do with my career but I think that I was projecting on it more personally, more the other way around.”

Throughout the album, Deland keeps coming back to these continuous themes about projection. “This is definitely a recurrent theme. I wish I had a really classy way of explaining how I wanted to pull it all together,” Deland laughs. “Many of my anxieties were caused by this perception of how women my age are expected to socialize and be in the world and how much I constructed that idea in my head about settling down and being a good partner. This is all a very personal way of just navigating the anxiety of a world changing very quickly and yourself being projected upon it. Whatever comes out of it, it was a way to try to be more at peace with questioning these overarching systems of power and then hopefully you can find people that can relate, that have similar experiences.” The idea of projection doesn’t only extend to personal and professional relationships but the way that artists these days need to promote themselves through social media. “I think everybody has a way of marketing themselves with social media, this way of manifesting your being. Social media is really anxiety inducing for me,” she says with a wry laugh. “It’s a paranoid state of action for me. I don’t think social media is super healthy, especially for people in their late 20s and 30s who didn’t grow up with it but acquired a certain relationship with it. I was kind of joking around with friends the other day that if you want to make a living off of your music, you have to post pictures of your meals. Promotion of your lifestyle, especially in quarantine when there’s no shows, it’s kind of our only thing at this point.”

With touring and other more traditional ways of promoting the record off the table at the moment, Deland is doing her best to stay busy and working through this time when it’s impossible to be able to properly plan ahead. “It’s been a wild time,” she says with a calm laugh, “but I feel so lucky to be able to put out music and I am very conscious of this on a personal level. I already have started working on new songs and it’s been interesting to be home and not out on the road. It would’ve been so fun to play this album live but it’s cool to already be thinking about the next thing. There is time to do that, a lack of pressure and I’m counting my blessings for sure.” This ability to slow down some has also caused Deland to be able to focus on things she hopes that herself and us all can take away from this year. “ I think that we have this opportunity to check in with ourselves. Even slowing down on a social level has hopefully caused us to look at ourselves more directly. There is a sense that things can’t continue the way they are going. This is the right opportunity to embrace change and there is a sense of urgency for it, for sure.” While Someone New may have stemmed from Deland’s questioning about how she herself is perceived, the emotional resonance of this beautiful record will definitely relate to everyone that listens. The textured and emotional songs that are featured on this collection have the ability to allow us to hopefully follow her lead, look within ourselves, and find those things that will help us relate to others. As she puts it, “We are all so vulnerable and if we can remember that, then we should be able to relate more to others on the same personal level we can relate to ourselves.”