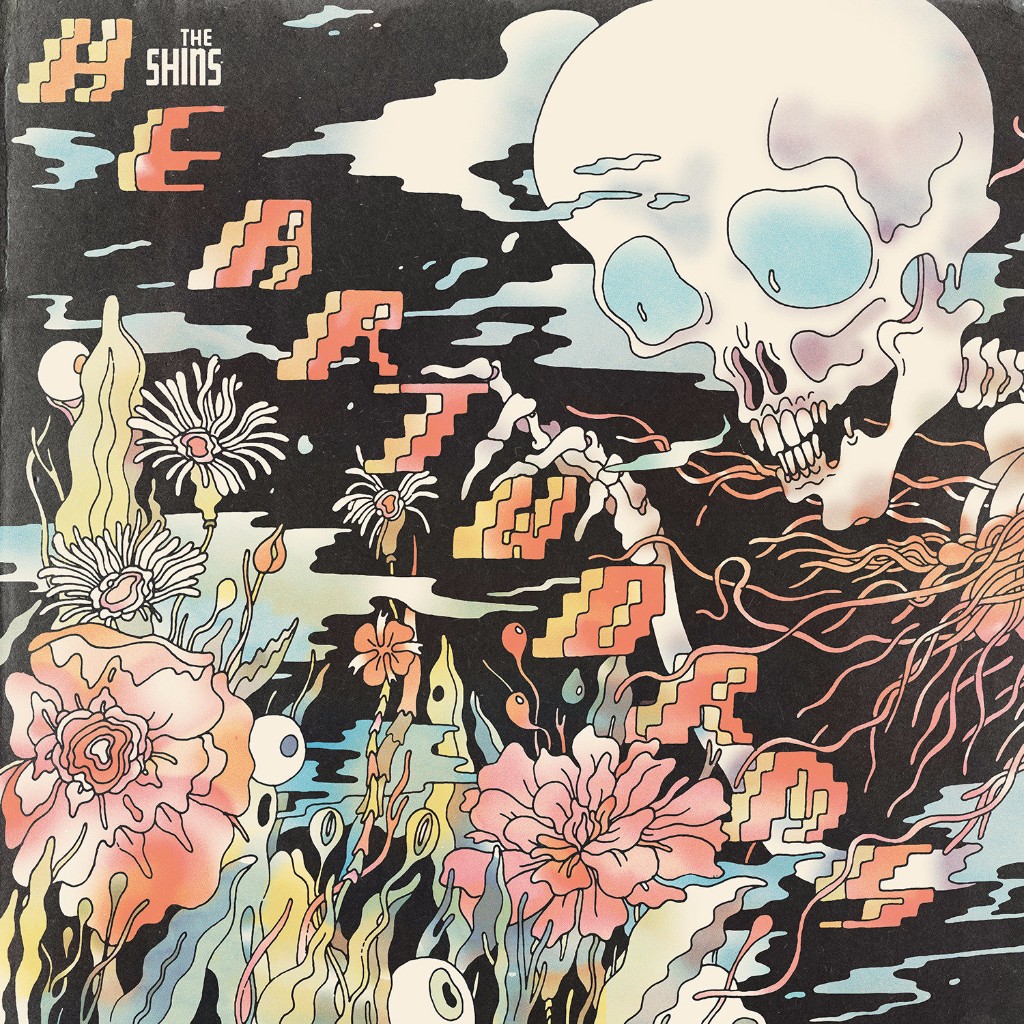 Few bands manage to stay as consistent as The Shins have when coming back from a five year gap, but when you have the song writing prowess of James Mercer, who spends his spare time knocking out records with Danger Mouse, it’s hard to ever lose your stride. On their fifth album the band explore new territories and chart out some of their most interesting music to date.

There’s an expectable quirky pop sound to opener “Name For You” that brings in Shins fans to something they know before the rest of the album comes in to subvert this. Immediately intriguing drums and chanting vocals open the Eastern influenced “Painting A Hole” with a bending bass line that complements the exotic structure beautifully. It’s delightful to hear the band exploring their sound and having so much fun while doing it.

Digital overtones bleed through “Cherry Hearts” as Mercer sings through weird filters about misplaced love in a joyous electronic soundscape full of dark lyrics. While a song like “Fantasy Island” plays too predictable there’s a quaint feeling to the stripped back nature of “Mildenhall” and its intimate little story of Mercer’s childhood, from military brat to loving music. The light touches of synth and echoed percussion add a cute sense of detail to the track that make it feel even more youthful and bright.

“Rubber Ballz” throws catchy hook after catchy hook at the listener as the heartbreaking words of a relationship so lightly toxic that the narrator can’t tell if he’s right or wrong contrasts the happy tones powerfully. Given the strong pedigree and piles of great songs the band has written before, a track like “Half A Million” isn’t a bad song by any means, but if anything sounds like a fun pop single coming from a much less experienced band. Where their skills and ambition come alive are on the kooky and desert-tinged “Dead Alive” where they go from simple rock song and warp it into a hazy and hypnotic track with a lot of trippy vocals.

Where they find their masterpiece of the record is on the iconic sounding title track “Heartworms” where they mix influence from the 70s and 90s for a song so delightfully poppy that it sounds like the Beatles and Byrds mixed with that special touch that made every one-hit-wonder great. The song’s overwhelming pop hook would almost be cheesy or obnoxious in most cases, but the earnestness of the delivery, lyrics and the intensity of the musicianship make it such a perfect song it works, especially as they feed more and more layers to the track.

Closing out the album they run with their power pop on “So Now What” with a darker cloud, leaving heavy uncertainty over the instrumentation and themes of the song. With a glistening synths and endless layering harmonies the tracks is sugar to the ears and indulges more the further it goes. “The Fear” taps into some traditional melodies and sounds for an unexpected sound from the band. The rollicking rhythms sound almost like tumbling rocks as the Spanish strings and brass play through the song to close the album on a surprisingly sunset tone for the band.

If this is the return to consistent writing for The Shins, it’s a welcome return, and to be honest, for another album this great, five years is really worth the wait. With only one damper track in the bunch the album is a triumph, especially coming from a break that would normally trip up most bands a lot more. Some of the band’s finest tracks are here, far surpassing the cheaper sound of something like “Simple Song” for tracks that are both musically and emotionally satisfying.