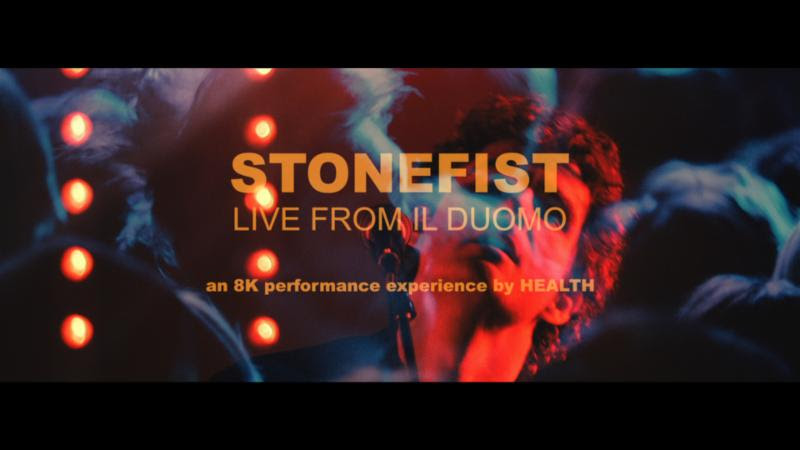 Ahead of their European tour, HEALTH have shared a first of its kind live video for their song “STONEFIST” taken from their performance at London’s The Dome Tuffnell Park this past June. Shot by the renowned Pulse Films director Giorgio Testi (who is known for his live films of Blur, The Rolling Stones, Savages and more) as a single shot on a Sony F65 8k camera, the video is the first live concert film to be shot in 8k, with all movement executed by zooms and pans.

Speaking about the challenges of shooting a live clip in one shot, Giorgio said “I love long takes at gigs, but it’s usually pretty hard to deliver an interesting long take during an actual concert in front of an audience, especially if you want to offer different point of views through out: you really only have 1 take to deliver that, and it’s really challenging.” In order to combat that challenge he developed a method of creating a 3 dimensional silk screen, wherein he composed high definition frames within a single shot in order to allow him to make movements in post production through pans and zooms to give the single camera shot a multi-camera experience.